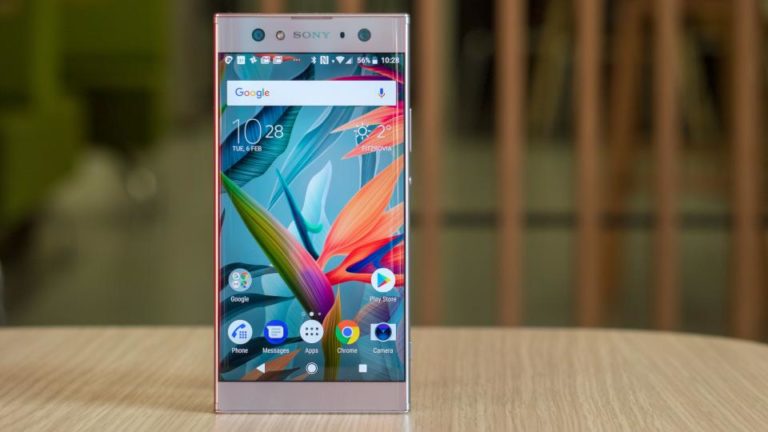 Sony Xperia XA2 Ultra is a very large smartphone that is place within middle range smartphones. At first glance, a phone like this will certainly make you think that you are holding an expensive high-end smartphone.

Nevertheless, this amazing device costs only around Euros 379 which is more or less USD 450. This is half the price of a top-tier giant-screen smartphones. A low cost means that this cellphone, despite the fact of being excellent, leaves some areas wanting more. Its camera, for example, does not work very well with low light. They used plastic to make some parts of the phone. It only includes a 32GB storage option and it possess a middle-tier processor. Despite this, you have gotten an incredible smartphone for such a small amount of money.

Sony Xperia XA2 Ultra is a big-sized smartphone which is the whole point of the Ultra Series. This means that some people might consider it to be a little too much. It is bigger than the Huawei Mate 10 Pro as well as the Samsung Galaxy S9+. Nowadays, a big part of high-end top-tier large-screen smartphones present 18:9 displays, the Sony Xperia XA2 Ultra features a more tradition screen of 16:9. This results in having a smartphone that is somewhat wide, differently form the new smartphones that we see these days. A 16:9 display makes a huge display.

Sony is well known for its not-so-space-efficient designs and with the XA2 Ultra is no different. It presents black spaces on the top and bottom of the phone that could be more efficiently used. It’s a very slim phone with 9.5mm. It does not feel wrong; actually it seems and feels pretty good. You will just take some time adjusting to its size. Considering that you will find yourself with a middle-tier smarphone it is important to be aware that you will not be getting a high-end high-quality-build phone like the Xperia X71. Its sides and plates as well as the top and bottom are made of metal but they used plastic for making the rear.

It uses a USB-C charger connector and has its fingerprint scanner on the back, near where you would normally place your index finger. One of the downers of this phone is that it does not present much resistance to water, its SIM tray does not have rubber seal.

Its 6-inches-across screen makes it great for watching TV series, moves and for playing videogames. This phone’s screen has the same ratio as the content made for TV. I would definitely choose this phone over other mid-tier ones. Its display is an IPS LSD, with 1080p resolution.

It is run on Android 8.0 and has Sony’s custom interface on top. Its powered by a Snapdragon 630 processor with dual front facing cameras, 4GB RAM memory, and a rear 23-MG camera. Its video streaming is one of its biggest resources. It’s a great smartphone, definitely one of the best mid-tier phones. And its cost makes it a great choice if you want a phone for watching videos and playing videogames with an amazing camera, this is what you need.