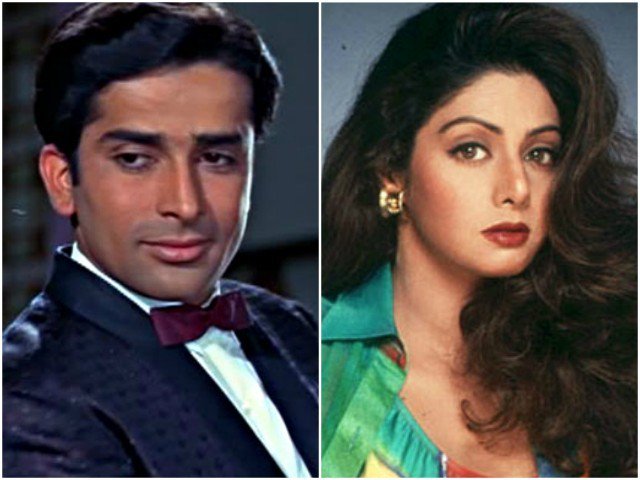 All of us are aware of the Indian Cinema. Celebrities are diversifying people who live for centuries with their entertainment capabilities. Oscars, as we all know is the most prominent award function, which people wait to attend to witness the magic with their naked eyes, across the world.

This time, Oscars leaped and they did something different. Yes, you guessed it right. The Annual, “In Memoriam” segment of the Oscar awards gave tribute to Sridevi as well as Shashi Kapoor who were the most iconic figures in the Bollywood film industry. Their performances were stupendous and were to an extent which can make people go gaga all over. The ceremony was accompanied by music which definitely created a peaceful experience altogether.

These Veteran Star Actors got a marvelous musical tribute by Eddie Vedder who shined on the stage and sang Tom Petty’s Room. His performance was much brilliant and was praised by the audience to the greatest extent.

Some Fantastic things to know About Shashi Kapoor

As an actor, he has worked in films such as “The Householder, Bombay Talkie, Shakespeare Wallah and In Custody. Adding to his list of achievements, he was also awarded the Padma Bhushan by the Indian government in the year 2011. In 2015, again he was given the Dadabasaheb Phalke Award which was the last one of his achievement.

On the other side, there was another female superstar who ruled hearts of millions of the people all over the world. Sridevi, an Indian Superstar, died because of an accidental drowning on February 24, 2018. After her demise, hearts of millions of her fans just broke in vain as they couldn’t believe that such veteran actress was no more.

Talking about her achievements, Sridevi was awarded by Padma Shri which is India’s fourth highest civilian accolade by the government of India. Her achievements have been phenomenal in the Indian Film Industry and which was the main reason for her immense popularity.

Also, several honorable awards were also given to her by different states such as Andhra Pradesh, Tamil Nadu, and Kerala. Regarding her personal life, she married to Indian film producer Boney Kapoor and had two children, one of which will be starring in “Dhadak” which is an Indian film.

Last but not the least, both of these celebrities was much more than just film stars. Their achievements were renowned all over the world and which is the prime reason they were remembered at Oscars 2018. Altogether, it was a proud moment for every other Indian Bollywood fan and every other people who made them such capable to showcase their incredible acting talent to the whole world.