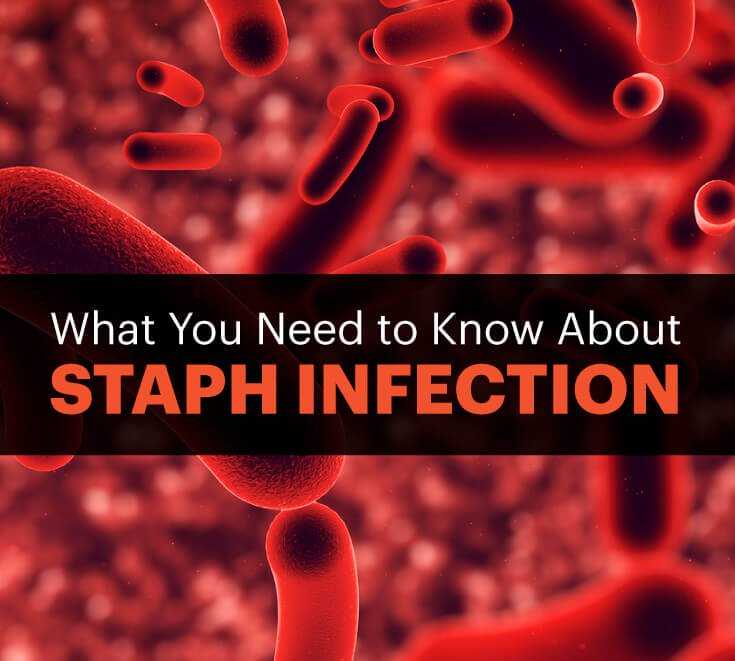 This kind of infection is caused by staphylococcus bacteria which is a type of bacteria that is normally found in the nose or even in the skin of people regardless of them being infected or not. These bacteria sometimes cause small skin infections but are usually not harmful.

However, if the bacteria get deeper into your body, this infection can be deadly. It can enter your body through your bloodstream, bones, joints, lungs, or heart. More and more people are, in this moment, getting this dangerous infection and this number is growing.

The treatment for Staph Infection usually involves antibiotics and drainage of the infected area. Nevertheless, there are some staph infections that stopped responding to common antibiotics.

Staph infections can vary from minor skin issues to endocarditis which is a hazardous infection that affects the inner lining of your heart known as the endocardium. Because of this fact, signs and symptoms of staph infections can widely range depending on where it is located and how sever it is.

There are plenty of infections in the skin that can be caused by the staphylococcus bacteria:

One of the most common causes of food poisoning is the staph bacteria. The symptoms usually show up quickly within hours of having ingested the contaminated food. These symptoms might be nausea, vomiting, dehydration, and low blood pressure. However, they usually disappear as easily as the appeared since they just last half day. It is important to point out that fever is not within the symptoms of food poisoning.

It is a dangerous staph infection usually as consequence of toxins that are produced by some strains of these bacteria. Its symptoms are nausea and vomiting, high fever, rash on palms soles that look like sunburns, muscle aches, confusion, and abdominal pain,

It is a consequence of staph infection when the bacteria target the knees, hips, shoulders, fingers and toes. The symptoms that show as result of septic arthritis are severe pain and swelling in the joint, and fever.

1 thought on “Signs of Staph Infection – Signs, Symptoms and Remedy For Staph”