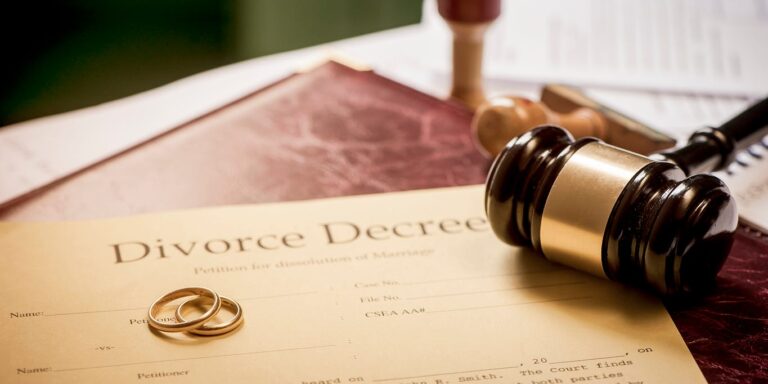 Divorce is a scary possibility for young couples. The stunning realization that your spouse may not be “the one,” plus the high costs associated with divorce have the potential to create nightmares. This situation is further complicated by social factors like shared friends between the couple siding with one person and leaving the other with less of a support network

With those considerations, a 24/7 Tempo 2022 study found some interesting trends on where divorces are more and less likely to occur. This data helps illustrate the factors outside of a relationship that goes into the decision-making process of a divorce.

Where you live has a huge impact on potential divorce costs. Most notably, states have different procedures that create different legal fees. Spouses in different areas may accumulate varying amounts of shared property and have different numbers of children, potentially adding thousands of dollars in unforeseen fees.

Location plays a large role in determining divorce costs. To see further discrepancies in a divorce culture, it is important to examine where divorcees are most and least prevalent in communities.

Which Cities Have the Highest Divorce Rates?

Another 2022 24/7 Tempo report examined the proportion of divorced residents in cities with a population of at least 20,000 people. The data excluded cities with more than 15% of the population either enrolled in college or employed by the armed forces, to account for college towns and military bases.

This study used the U.S. Census Bureau’s 2018 American Community Survey, which defines “divorced people” as those who have been legally divorced but have not yet remarried. Although this definition is not perfect to measure divorce rates — especially when comparing divorcees with no intention of remarrying with people in multiple divorces who have remarried — it is a good guideline for measuring the statistic.

The 10 cities with the highest divorce rate are:

Which Cities Have the Lowest Divorce Rates?

Interestingly, many of these cities also have large religious populations, with Jewish ultra-Orthodox communities comprising the four cities with the lowest divorce rates. Likewise, cities with larger-sized families typically have lower divorce rates as well. For this reason, religion and cultural norms regarding divorce may be a driving factor in restricting divorce rates.

While there are many different factors that go into individual divorces, cultural and procedural elements will affect divorce rates in metropolitan areas. This may mean that environmental factors may hold a large swing in determining whether or not a couple divorces.

Since the state level handles divorce, discrepancies are bound to happen nationwide. Between navigating different state procedures and complicated spouse relations, divorces can take a lot out of a person. Adding an experienced divorce attorney is an essential step to achieving the best divorce result possible, particularly at a time when your case may be on hold due to the pandemic.

“Divorces are complicated and may become more complex as the courts get backed up due to COVID-19,” says Attorney Tammy Begun of Capital Family Law Group. “Therefore, anyone considering or going through a divorce needs an attorney who thoroughly understands all of the procedures and can organize a case. Doing so can help save money in an already expensive divorce process.”

Whether you live in a state with expensive divorces, cheaper divorces, or somewhere in-between, the process will definitely cost you. Divorce proceedings force each ex-spouse to put everything on the table before ending their relationship entirely. To protect you and your loved ones’ well-being, it is crucial that you do your homework and find a hardworking divorce lawyer to handle your case.

In the long run, it is easier to hire a quality divorce attorney to lead your case from the beginning than to risk ineffective counsel and a poor divorce settlement in the end. Be sure to consider your unique circumstances and local situation when examining the divorce process. Understanding the divorce process can help you understand what you will go through and the total commitment you and your divorce lawyer must make.