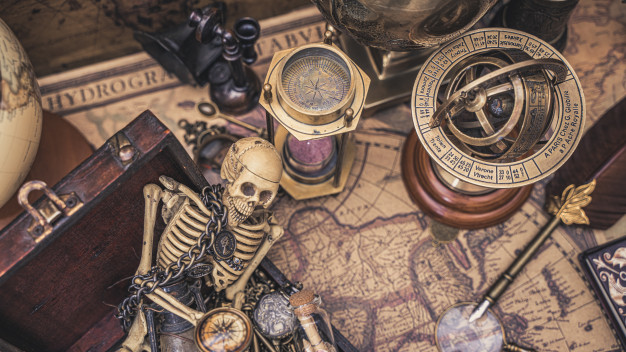 Fashion today continuously adapts to new ideas, styles, it is changing every weekend it is developing into something more. But, some things in fashion are timeless. No matter which trend is popular, certain pieces of clothing and jewelry are worn always. One type of item that is always in trend is skull jewelry. However, the reason why it is always so popular is still quite confusing for a lot of people. Why would anyone want to wear a symbol of human death or mortality?

Are those people trying to be edgy or to scare off others? Or, is it a part of their culture and they find a true symbolism in this kind of jewelry? The answer to these questions might not be exactly black and white. There are so many different aspects and viewpoints that need to be considered to understand that true symbolism.

In this article, I want to delve deeper into this topic and talk specifically about the symbolism and culture surrounding skull jewelry.

Mortality and death are not evil

Often, if not always, the human skull reminds us of all of the ends of life. This makes a lot of sense considering that all that is left from one human life is just is the skeleton, including the skull.

There is no exact explanation why exactly that part of the skeleton is most commonly used to symbolize death and mortality. The most logical explanation would be because the head is the most recognizable and familiar part of the human body. It is also the place that protects the most valuable organ, the brain.

Nevertheless, using or wearing jewelry that symbolizes mortality is not necessarily a bad, scary, or evil deed. Being aware of the end of life, the afterlife, and everything related to death is actually quite good. There is no positive benefit to ignoring the fact that we or those around us will pass. This is simply how the world works.

Accepting the reality of mortality can bring out humbleness and humility in a person. In other words, if you see someone wearing a ring, bracelets, earrings, or any other kind of jewelry or clothing with a skull on it, they probably do not mean any kind of harm to you or anyone else. It is a symbol that means a lot more to some other people and you should respect their opinion and culture.

It is a symbol of eternal life

Once sign, character, letter, hieroglyph, emblem, etc. can have thousands of different explanations and reasons. For example, one culture uses the cross as a symbol for Christianity, but some other societies will have completely different reasoning behind the cross. It is very important to accept the fact that there are so many different opinions, cultures, and lifestyles around us.

I am telling you this because for some cultures out there, the skull is considered to be a symbolism of eternal life. Yes, believe it or not, but this is true. This is something completely opposite of what most people believe or know.

Even though there is no real evidence of immortality or eternal life, there is nothing wrong with believing in such an idea. An idea where people will be able to lead an eternal life. So, the next time you see someone wearing that kind of jewelry, you don’t have to be scared. In fact, you can use this newly obtained knowledge as an ice-breaker. Ask them why they wear a skull, what it symbolizes, etc.

As I mentioned previously, one of the most obvious explanations why people are so interested in this part of the skeleton in comparison to all the other bones in the body is probably because of the brain. The brain is the most advanced and valuable organ of all life, especially for humans. Our intelligence, reasoning, morality, generational knowledge, and wisdom have helped us build such an advanced level of society.

Once, people did not even know how to communicate with each other. Today, we can communicate from one side of the planet to the other. We can even travel to different planets. This is all thanks to the amazing evolution of the brain. The world may not be perfect right now, but we are constantly improving and moving in the right direction.

How is this all relevant? Well, it is very relevant because a lot of cultures in this world use skull jewelry to represent that evolution. To represent the intelligence and wisdom of our species. If you want, you could read more about this.

Many times I have seen bones and skulls in movies or TV shows being used as a way to signal lies danger, violence, or something similar. This is probably where most of us got the idea that skulls are evil symbols. But, a sign of danger is not necessarily a bad thing. That kind of sign can be used to warn others and to keep them out of harm’s way.

Today, jewelry with this type of symbol often symbolizes danger. But, again, this is not enough reason to think that a certain person wants to harm others just because they are wearing such a symbol. It could be just part of their style and they like to look “dangerous”, dark and scary.

A great example of such harmless danger is the heavy metal genre. A lot of bands and artists that are part of this genre have always built a scary and dangerous image of themselves. But, in reality, they are the same as us and do not mean any harm. It is just for show to make things a little bit more interesting.

Should you wear skull jewelry?

Even with all of this information, you still might be wondering: Should I be wearing skull jewelry? Yes. Well, you don’t have to, if you do not want to. If you like the idea and the look of a skull, go ahead. It doesn’t have to be part of your culture to wear one.