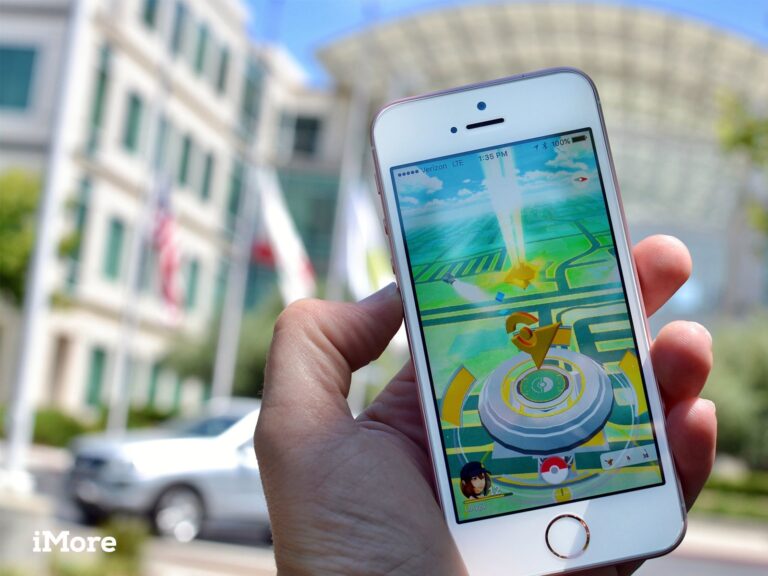 You must have heard about the game called Pokémon GO, which was introduced to the gaming market 4 years ago, and since then you’ve been seeing around many people walking with their heads stuck their smartphones. Not only was this game a cultural sensation, but also economic, since it managed to pull out the Nintendo company from the abyss. Insanely influencing its value on the market.

The trend of playing this game and the rise in its popularity continued in the years that followed. Pokémon GO changed the world of the games used by mobile platforms and even managed to break a couple of internet records.

It doesn’t require much from the player, a decent smartphone with a camera, everyone has today, GPS, internet, and passion for hiking. It sounds like the initial idea was to make people spend as much time as possible in the open. Did it achieve this, or was the result the complete opposite, opinions are divided.

One thing is for sure, after such a long time, players have managed to find loopholes and outsmart the game in many ways. If you are one of the passionate players, you will find this article very useful for improving your gameplay. We’ll tell you all about the hidden tactics for playing only the biggest fanatics know.

Needleless to say that Pokémon GO requires moving. However, we are in a situation where moving just because a game requires you to, is not recommendable and carries a dose of risk because of the pandemic. Which is why every alternative is welcome. But, not to worry the developer is very well aware of this and has made a couple of loopholes you can take advantage of.

The first one is using the scent bait you can purchase within the game or by leveling up. Thanks to these gadgets you’ll be able to catch Pokémon without leaving your initial location. Since the aim is to catch as many pokemon as possible, this scent will attract them to you, so you don’t have to walk around.

There’s also a possibility of activating the synchronized adventure and giving permission to connect to other applications such as health or Google fit. This way you’ll receive weekly awards when the game is closed.

And the best hack you can use since the conditions don’t really allow us to walk around is to activate the game (as well as GPS) while you’re in a car. This enables you to move from one point to another, reaching interesting places and making new elements appear on the map. We hope there’s no need to underline the importance of doing this only when someone else is driving. Aside from launching the game while in the car, you can also apply the same method while on public transportation.

For other useful tactics on how to play without walking visit VirtualLocation.

You’re already looking weird enough with your head stuck in your phone, running around catching Pokémon. Not to mention when you point the camera at someone you don’t know while trying to catch the monster. Since they tend to appear in strange places, they may appear standing at someone’s feet. Plus, if they jump, there can e a couple of people involved in an awkward situation.

What you can do to avoid others being paranoid of your presence is to turn off AR, when catching the monster. People didn’t know that this way the monster will stay still, not hopping around, while you capture the photo and the monster with it.

Catch the wild ones with the ball

The game is all about earning as much as possible experience points, and there are tricks on how to make sure you increase your chance at gaining some extra. There’s a tool you can use while catching the wild ones, to increase experience points. It’s the curveball. At the time you spot the wild Pokémon, choose the ball and start spinning it. Clockwise or counterclockwise, doesn’t matter. Keep doing it until it starts to shine bright, then throw it, and that’s it. You’ve caught your wild one and increased the experience using this tool.

The tricks that were discovered recently is that the direction you throw the ball at counts. How? Well, if you want it to land at the exact appropriate place, you need o to throw it opposite of the direction you’ve been spinning it. Keep this in mind not to throw it away and miss the wild one.

Some theories say the ball is retrievable, but so far this is only a theory. Some people claim they’ve achieved it, but there are not detailed evidence or tutorials on how to perform it.

Attract those around you

As we already mentioned in the beginning, a lot has changed since the game was first introduced to the gaming market. Using the locator option, you can now have a clear view of how many and where exactly their location is. If you tap this option you will get a photo of the landmark, containing the Pokémon, so you’ll be sure where it is if the landmark is for example an Eiffel Tower in Paris. This directs to it, you mingle a bit over there, and you’ll find it in no time.

Getting into a fight with another Pokémon can be tricky, since some can have higher levels, and therefore have an advantage in the fight. Fighting is all about your finger work since there’s a lot of tapping involved. For the skilled ones, it should be ok, but sometimes the screen just blocks and instead of moving around, dodging the opponent, you get hit hard and lose the combat. That’s why you collect as much as potions you can, to use them in these situations. Using a potion puts you in an advantage even against serious players.

Sometimes, improving in your game depends just on a few simple tricks. If you implement these tactics in you game, no doubt you will level up fast.