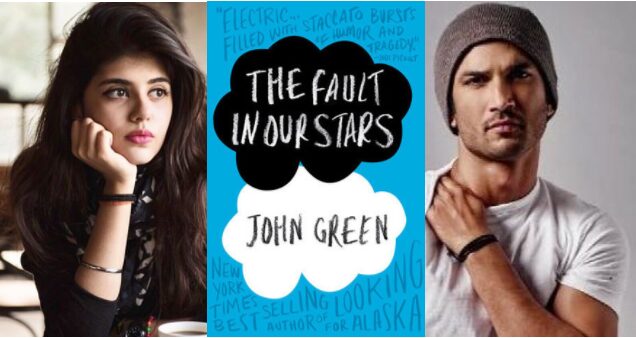 The Fault In Our Stars is based on John Green’s bestselling novel of the same name that later got adapted into a movie that was just as successful. So it comes as no surprise that fans everywhere, specially us Indians, are super excited for the bollywood version of this heart touching film.

The cast of the film has been confirmed and we cannot be happier. Sanjana Sanghi is to star as the lead opposite Sushant Singh Rajput in the adaptation. The Hollywood film features Shailene Woodley and Ansel Elgort.

After the news of actor Sanjana Sanghi getting finalised to star in the Hindi adaptation, John Green tweeted on Tuesday: “I can’t believe this is happening. Amazing!”

The movie is being presented and produced by Fox Star Studios with Mukesh Chhabra making his debut as a director. The score for the romance is to be provided by none other than Oscar winner A R Rahman.

The movie is set to begin filming soon and will hit theaters in 2019. We cannot wait for it!