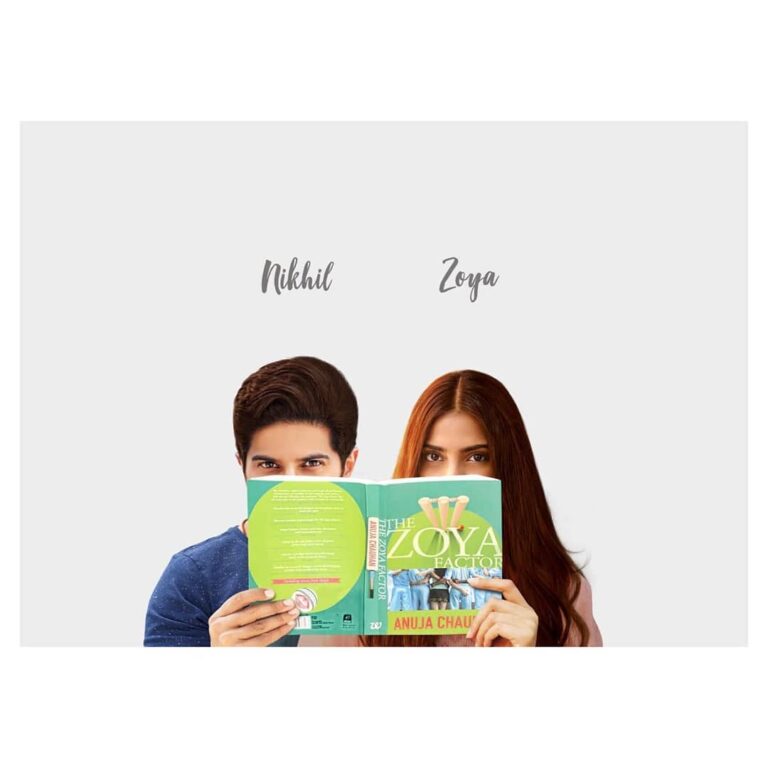 Anuja Chauhan took the world by storm with her best-selling novel. The Zoya Factor is the fun story of Zoya Singh Solanki, a simple girl who meets the Indian Cricket Team because of her job as an executive in an advertising agency. A lot of madness ensues as and ends up becoming a lucky charm for the team. Oh, and she also has the most beautiful romance with the brooding Nikhil Khoda, Captain of The Indian Cricket Team. The book was packed with just the right amounts of romance, comedy, and drama – and it was pretty much destined for Bollywood.

Sonam was the first choice to play the bubbly Zoya. Dulquar was cast after his work on Mani Ratnam’s OK Kanmani. The director, Abhishek Sharma said, “I knew immediately that this was the boy we were looking for. In the book, Nikhil is from the North but in our film, he hails from the South but speaks good Hindi.”

Sharma told Mumbai Mirror, “Cricket woven into a rom-com and touching on superstition and luck, it’s an amazing book for a screen adaptation. The book has many layers, characters and tracks, so it took Neha Rakesh Sharma some time to pen a tight screenplay and Pradhuman Singh to write the dialogues. Now, we’ve gone back to Anuja who’s happy with the script to polish it and work on additional dialogues as nobody knows the characters better than her.” And we cannot help but agree. Cricket and romance seem to be a perfect sell. If the movie manages to capture all the fun quirks of the books, we could totally have a winner on our hand.