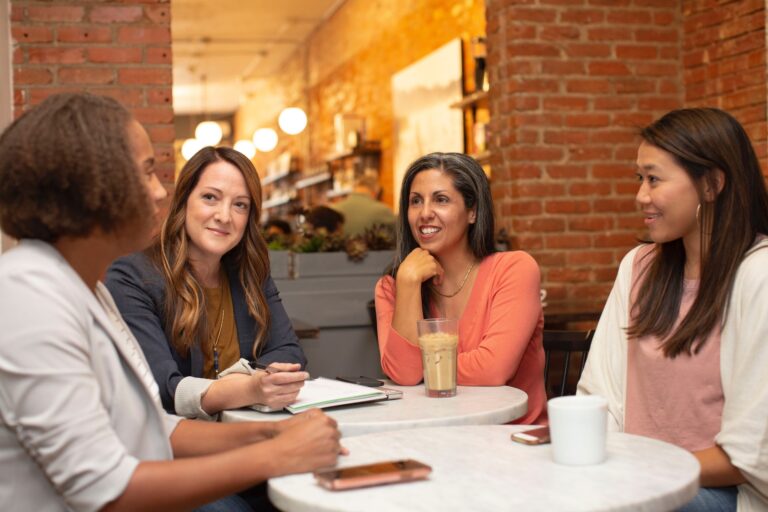 It can seem as though the Covid-19 pandemic has changed everything. From the way we communicate to the way we spend our time, most of us are doing things at least a bit differently now. That includes having very different, maybe even tough, conversations.

Prior to the pandemic, most people weren’t regularly involved in discussions about mental health and the importance of seeking professional help. In fact, for many, talking about mental health was seen as taboo. Not anymore. It’s a topic we often hear about in the media, between friends, and even in the workplace.

Finances are another hot topic, thanks again in large part to the pandemic. While no one wants to suffer financially, many did as a result of lockdowns and layoffs. All of a sudden, the topic of personal finances showed up in a lot of conversations. Many began to demand assistance from the government as well as provide what aid they could to those who were struggling. College students had loan payments deferred. Many renters weren’t forced to pay their monthly rent.

Familiarity with struggle often makes it somewhat easier to talk about. It’s now easier than ever to discuss some issues that were once considered off-limits. Of course, mental health and financial status aren’t the only conversations people are having. Listed below are four sensitive topics that have become easier to discuss in the past year and a half.

During the pandemic, people avoided the doctor’s office. In fact, many doctors opted for telehealth appointments to help slow down the spread of the coronavirus. One unfortunate side effect of that new reality was that it caused many to put their health on the backburner. This proved especially true when it came to “non-essential” healthcare. Far too many placed sexual health and wellness in that category.

Instead of rushing to the doctor for every itch or burn, some chose to ignore the problem. Of course, ignoring problems stemming from infection doesn’t make them go away. To stay safe while also maintaining their social distance, people began embracing at-home options.

Whether they needed STI testing or birth control, ordering these items from an online provider quickly became a popular option. According to HealthLine, even after pandemic restrictions began to loosen up, many consumers continued to prefer the convenience and discretion of ordering sexual health products online.

If there’s one thing we learned in 2023 it was the importance of being aware of our physical health and safety. Millions worldwide have died from the coronavirus. Scientists still don’t know exactly why some people are tragically affected and others aren’t. Still, they have named the risk factors that make people more likely to succumb to the disease.

In addition to advanced age, people with underlying medical conditions have a higher chance of becoming severely ill. Because of this, maintaining good physical health became a priority for conversation. Whether that meant scheduling regular telehealth visits or using at-home tests, being healthy wasn’t just a bonus — it increased the odds of survival.

Not only did many begin monitoring their health at home, but they also took steps to become healthier. The British Journal of Sports Medicine suggested that routine activity might protect people exposed to Covid-19 from experiencing serious side effects. Even as gyms closed, other options opened up that allowed people to exercise at home. For example, fitness coaches uploaded exercise routines on YouTube and even launched their own workout apps. Some companies, such as AloYoga, leveraged their wellness apps to help those stuck at home.

During the early stage of the pandemic, mental health issues skyrocketed. The world shut down, people lost their jobs, and many were unable to spend time with friends and family. These are just some of the most prominent reasons why so many individuals reported a behavioral shift last year.

Of course, no one wants to struggle with mental health issues, much less admit them to others. However, because so many did, it quickly became a regular topic of conversation. Politicians and celebrities alike used their platforms to encourage Americans to put their mental health first. Employees asked for additional time off. Additional time off is very hard to manage from HR and sometimes it’s very easy if they use a better leave management system like LeaveDates. Doctors, for their part, were quick to encourage their patients to seek professional help if they could tell they were struggling.

4. The Negative Impacts of Technology

Technology already played an outsize role in millions of lives prior to the pandemic. With everything shut down, more and more people turned to tech to keep them connected and entertained. While technology has many obvious benefits, it also has pitfalls. One of the most significant is that too much tech can negatively impact one’s mental health.

One recent survey analyzed about 6,000 U.S. adults. Unsurprisingly, it found that there was increased use of technology at the beginning of the pandemic. The survey also found a direct link between increased tech use and those struggling with depression and anxiety.

In response, much has been written about our collective need for stepping away from technology every so often. The Netflix docudrama “The Social Dilemma” provided disturbing details as to how technology negatively affects our day-to-day lives. There’s no longer any denying that technology can do harm in our lives. Now, however, people are finally starting to do something about it.

During the pandemic, many of us suffered in significant ways. Whether we lost our jobs or lost friends and family members to death, the last year and a half has been difficult. But it has also taught us how to have important conversations. Now, more than before, we’re talking about things that matter. By doing so, we’re making life just a little bit easier for others.