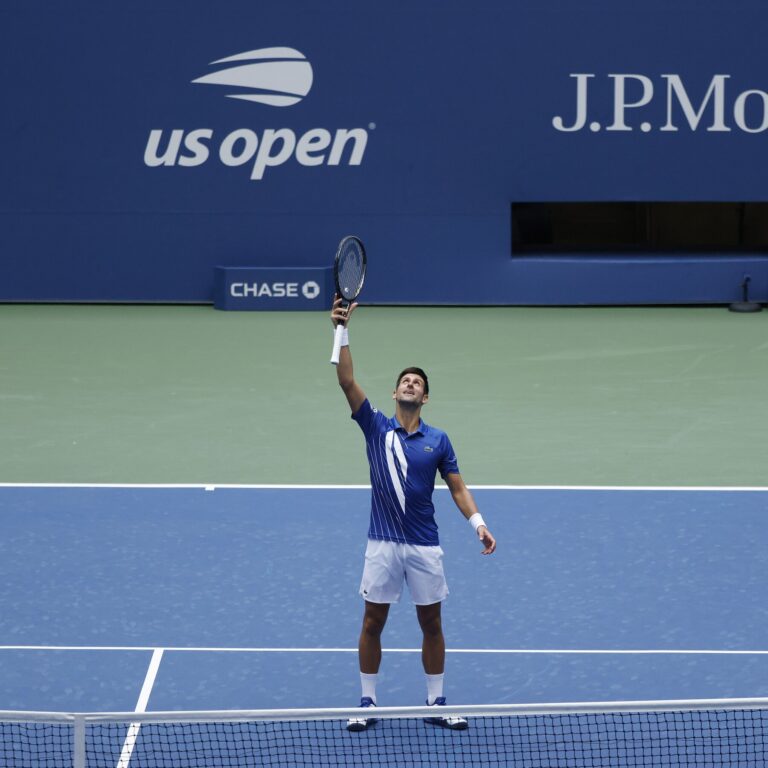 The year 2023 has bought so much with it. The highlight since the beginning was the Corona Virus Pandemic. But it indeed wasn’t enough. Who knew U.S. Open 2023 would kick off against all the odds? Along with the pandemic came revenue shortfalls, logistic bubbles, and the absence of top players. But despite everything, the U.S. Open this year made the spectators bite into their fingernails. You can visit this site to know everything that has happened in the U.S. Open 2023 date by date.

Nothing was the same this year. I mean, who would imagine players running for a Cup in an empty stadium. But this happened. And we all witnessed some of the fantastic moments that we won’t forget for a long time.

1. Pandemic, or no Pandemic, Tennis will always live!

When the coronavirus pandemic started, and the government declared lockdown in most of the countries. It stirred great restlessness among tennis fans and players, and they all speculated if professional tennis will come back for all those five months. But the previous two weeks have cleared the queries and worries of tennis fans and players by bringing back tennis at empty courts without an audience. Before COVID-19, sports without fans present at the stadium were something that we were not familiar with, but the coronavirus pandemic changed our view about that, and it all feels normal now. It made fans realize that it doesn’t matter if fans are present at the court or not; they can simply view the matched sitting within their homes’ comfort without affecting the intimacy and intensity between the two competitors battling in the tennis court. No fans were a blessing in disguise as it took off a lot of players’ pressure, and they engaged to produce higher quality matches.

There were a few matches in which there were striking similarities; for instance, anyone who watched Osaka-Azarenka, Serena Azarenka, and Thiem-Zverve would have noticed the resemblance. One player came out and fired 1-2 sets, and for the fans, it looked like nothing could go wrong now as they viewed the other player relatively cold and anxious. It looked as if the match would be a complete blowout only after the first hour. But what do you know- opponents found a tiny window of opportunity, and the whole game was turned upside down. This is what makes tennis a game full of momentum swings, and the best players take advantage of the opportunities and turn the tables around. It was seen firsthand for all three consecutive matches.

When the U.S. open started, nine mothers enrolled in the single draws. Out of the nine, two played one of the tournament matches, when Azarenka beat William in the semifinals, and she reached her third U.S. Open title match. These are the women who have overcome the mental and physical challenges despite giving birth to their bundles of joy and made a comeback that is inspirational for all the fans out there. They are to be acknowledged for inspiring us and playing at the U.S. Open.

Bianca Andreescu, only 19 years of age, came breaking through her first title at U.S. open, yet another inspiration for the fans. Then Naomi Osaka, another 22-year-old player, rose learning from her dips, making it evident for the fans that she is back with a bang. The accomplishment of the young players at the U.S. open is strikingly amazing for the fans.

5. Playing tennis and speaking for a cause

Tennis or no tennis, the players are winners in their personal life. We can see this by opening up Osaka’s life. She won second U.S. Open crown and third major title as a player, and as a person, she was the one leading the fight for social justice as the USTA Billie Jean King National Tennis Center.

She honored the lives of the blacks killed in the U.S. by wearing seven masks during the tournament. Each mask has a Black person’s name, including Breonna Taylor, Tamir Rice, Elijah McClain, Philando Castile, Trayvon Martin, George Floyd, and Ahmaud Arbery.

Not only Naomi, but voice against social and racial justice was also raised by Tiafoe, who wore Black Lives Matter masks.

At a fairly young age of 22, Naomi Osaka is already a lock to be one of the Hall of Famers. With seven masks and seven victories, her career is on the go already, but the fans are not impressed by her numbers only, It’s her character and passion for the tennis. The way she delivers under pressure with such a stoic serenity and the way she raised her voice against something that is not merely a racquet and a ball has added to her legacy’s career.

6. Serena still knows how to fight

A big round of applause for Serena Williams, who is going to turn 39 this year but is still out there on the tennis battlefield willing to chase her dreams. Her performance at New York, despite a difficult draw, was extremely admirable. U.S. Open 2023 showed that William is still in there waiting for her chance to win her major title no 24. Only if she gets a break from her hard luck at the draws, she has a lot of chance of winning another major.

And this was a quick recap from the U.S. Open, which clearly makes us realize that anyone who has the passion for chasing their dream is already on their way to achieving them! Let’s hope next year will bring more memorable moments for the players and the tennis enthusiasts alike.