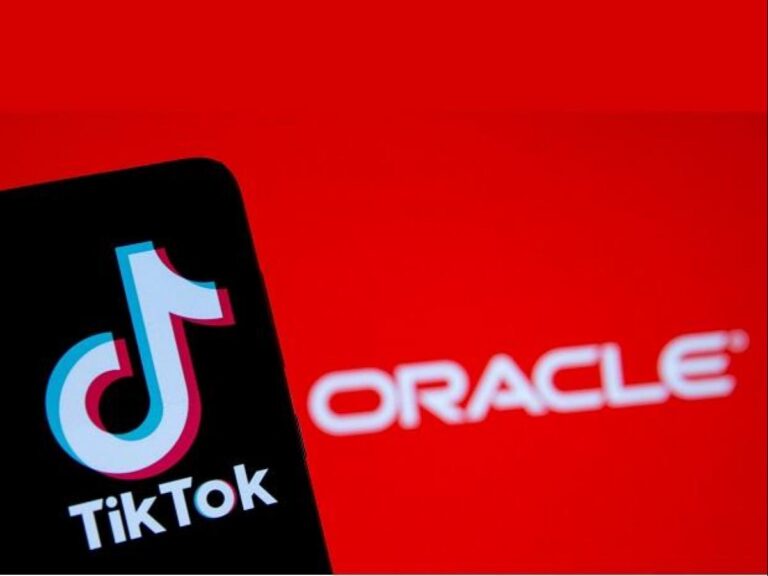 TikTok is currently one of the most popular social media platforms with millions of users. It all began as a platform for sharing goofy and funny videos, but now, it has gone viral so much that Facebook sees it as a serious competitor.

As you know, some time ago, the president of the USA, Donald Trump, decided to ban this Chinese-owned social media app. Since the company has 100 million US users, you can imagine, how undesirable this is. So, the company had to choose a partner who would deal with the data of American users.

It came as a surprise to many, but TikTok denied Microsoft’s proposal and opted to collaborate with a business software company, Oracle. It is still unclear what this exactly means and how this agreement is going to affect the future of the app. So, let’s go to the beginning and discuss all the details regarding this story.

What is the main concern?

If you know how these apps work in general, then you can assume that the US government’s biggest concern is the safety of the users’ data. You would be surprised to learn how much information these companies have on their users. First of all, there is the current location. You know how the app asks you to enable the location feature on your phone so that you could add the geo-location to the post?

Secondly, they track everything you watch on the app. In a way, this is to be expected since they have to know what kind of content you are interested in to provide you with it and ensure you find the app entertaining, and hence, continue using it.

Finally, they can also collect all the messages you send to your friends. Most people believe that only third-party apps do this. However, this is not always true. For example, if you are in need of more TikTok followers, you can contact TikFuel.com and hire them to increase the number of people who follow you. But, they will never ask you for your password or any kind of personal detail, meaning that you won’t have to worry about the safety of your data.

The interesting fact is that all these apps do this. Yes, even American social networks. So, what’s the issue? Well, hypothetically speaking, the Chinese government could demand all the information on American citizens, and they would get it. There has been a lot of debate regarding this issue. Naturally, the company that owns TikTok, ByteDance Ltd. said that not only do they not store this information in China, but also that they would never hand it over. Nevertheless, the experts don’t agree, which means they believe that if the government wanted the data, they would get it.

There is another issue. Many people believe that TikTok censors videos that negatively depict China. Obviously, the company denies this, and there are some concerns regarding the protection of children’s rights.

So, the US government presented the owners of TikTok with a choice – either they sell their American operation to an American company, or the app will be banned from the country. As you know, by now, the company opted for Oracle as their new partner.

Initially, this was the first question everyone had, and the answer was unclear. Among the strongest competitors were Microsoft, Walmart, and Oracle, and the last one carried the day. Most people assumed that Microsoft would be chosen because, well, it has the deepest pockets, and also, it could be the best one to resolve these privacy issues and work with the US government.

Nevertheless, according to Microsoft officials, “the ByteDance will not be selling TikTok’s US operations to the company.” Interestingly, when it comes to the Oracle’s official statement, they didn’t refer to it as an acquisition or a sale, but instead said they were chosen as TikTok’s “trusted technology partner.”

In addition, there is another problem. According to the South China Morning Post, a Hong Kong newspaper, ByteDance is not allowed to export the app’s algorithm, meaning that it could be quite complicated to complete the sale. One of the app’s greatest features is its AI video recommendation system, i.e., the algorithm that collects users’ data and employs it to present them with the right content.

When it comes to the role of the Oracle, there are a few options. However, taking into consideration that company works on creating cloud computing services, the most likely scenario is that they will design this service to collect and store all TikTok’s data, well, at least in the US.

Will the US government approve the agreement?

Even though both companies are willing to start their collaboration, the Trump administration still has to approve it. Firstly, the agreement will be reviewed by the US Treasury and the Committee on Foreign Investment in the United States, and then, they will give their recommendation to President Trump.

Naturally, both companies will have to demonstrate that they are willing to add another layer of protection on the data of US citizens if they want to get this deal approved and concluded.

What does it mean for the users?

If the Trump administration goes for this deal, it basically means that the US users will be able to use it. Yes, the initial order was the ban TikTok from the country, but as it would no longer be owned by ByteDance, but instead by Oracle, there would be no reason not to change this decision.

Nevertheless, Oracle’s plans on what to do with the app are still unknown. Obviously, their main goal should be to keep all the users and attract new ones, which means they would have to work really hard on improving the app and overall customer experience. On the other hand, if they were to make some drastic changes that don’t get accepted by the people, they would lose the users, making the app and the whole agreement invaluable.