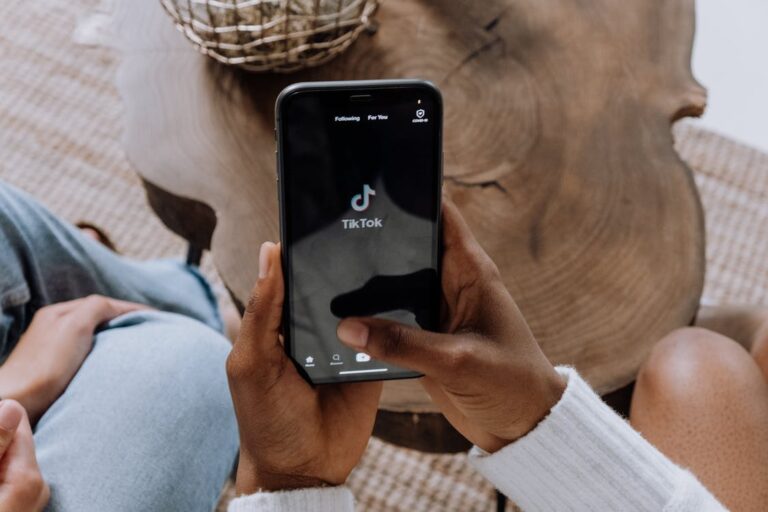 2020 has been the year of TikTok, as it ranked as the most downloaded app this year. According to Influencer Marketing Hub, with more than 1.9 billion downloads, TikTok earns almost $3.5 million per month. With so much popularity and sky-high downloads’ numbers, no wonder you find yourself humming viral TikTok songs all day.

Are you looking for some fantastic songs or videos to freshen up your playlist a bit? Here’s a list of cute & viral TikTok videos that would color your playlist in new hues!

This TikTok video is by the famous illusionist Zach King. This video shows Zach doing what he does best – magic. He’s playing a video game on a tablet in class, and as soon as the teacher spots him, Zach magically converts the tablet into a book. The plot twist is when he tries to turn it back into a tablet but runs out of magic.

A well-known YouTuber, David Dobrik, created a video in which he conducted the elephant toothpaste experiment. This video shows a gigantic foam volcano erupts when David and his friends add a few ingredients in a jar to see how big the foam explosion can end up being. This video got 18 million likes and became one of the most viral videos of this year.

With 24.5 million likes (and counting), Michael Le’s TikTok dance video is the most viral video of 2023. The video shows Michael and a small boy Jonathan ‘twinning’ and doing the “Ahi Dance Challenge.”

Remember that every viral video begins from TikTok profiles boasting a great number of followers. If you mange to pull something like this from rabbits hat, you can pave your way to TikTok stardom with ease.

Trying Kombucha for the First Time

Brittany Broski made a TikTok video of her trying Kombucha for the first time. The video went viral and eventually became a meme because of Brittany’s hilarious expressions. 2.5 million people liked this video.

With 2.4 million likes, this adorable video of a cat dancing to “Mr. Sandman” became extremely popular. The user Jade13tr has used the 9 screens filter and made their cat make some great dance moves on a catchy tune.

This Jayleennina video became viral, with 5.4 million likes. The video shows Jayleen trying to ward off a bug with insecticide when the bug starts flying towards her. Just wait until you see her reaction at the endof the video; it turned it into one of the funniest TikTok videos ever!

Just when you think you’ve seen it all. Yup, in this viral video, we have a goose twerking like one of those ladies we’re used to seeing in most videos. If you haven’t seen this one yet, be sure to check out @hartyt_ profile. He owns one really talented goose, which presented its talents dancing to Cookiee Kawaii’s Vibe. Many people liked it, and so will you if you’re not already one of the more than 3 million people who saw it.

Check out @thejulianbass sporting some of his favorite superheroes one after another in this fantastic TikTok. His editing skills are on another level, which you can see if you check out his video. First, he pulls out a lightsaber as if he’s a Jedi. After this move, he transforms into a character from Ben Ten and Spiderman. He does all of this while Harry Styles and his summer hit Watermelon Sugar play in the background. This video wasn’t only viral on this social network, but it also managed to do the same on Twitter. On TikTok, it got to the 2.7 million mark, while on Twitter, it exploded to more than 25 million views.

No, we kid you not. It’s no wonder this video made it, as it is a travesty. Here we have @iamtabithabrown giving us a unique recipe for carrot bacon. Yes, you heard it right. It’s an amazing one, for ages, we dare to say. Not too many people would dare to advertise this product. This bacon is the real thing, as you’ll see if you check out this video, which managed to reach more than 3.5 million views. We still haven’t tried this out, but you’re free to do it if you dare. Video as this is what will make you famous on this social platform. If you can’t conjure up anything that can make your go viral try the easier path tik-boost.com offers.

Two similar words; two different outcomes. This one is quite a gem. In this video, you can see @lizemopetey role playing God and one of his angels. Allegedly God asked his angel to make dinosaurs meatier, but instead, they received a meteor. All of us know how this ended, and in the video, we can make its maker Eliza Peterson shedding real tears. Same as the video we talked about above, this one managed to gain a following not only on TikTok but also on Twitter. On its original platform, it exploded up to 4.3 million.

You can call it a trend when a massive star such as Will Smith decides to participate. It’s all about wiping a mirror, which will, in turn, reflect something from your life – past or future. Smith agreed for it to be something from his top-rated movie Men in Black. As it’s customary, his memories were all wiped out by his character from the movie. Being the famous Hollywood star that he is, this TikTok reached almost twenty million likes.

Getting a video viral on TikTok may seem complicated, but the above videos could give you more ideas for creating viral videos on your own. Remember that anything that gets to the audience becomes viral, whether it is a dance video, funny video, experimental video, you-name-it! So don’t lose hope and continue making TikTok videos!