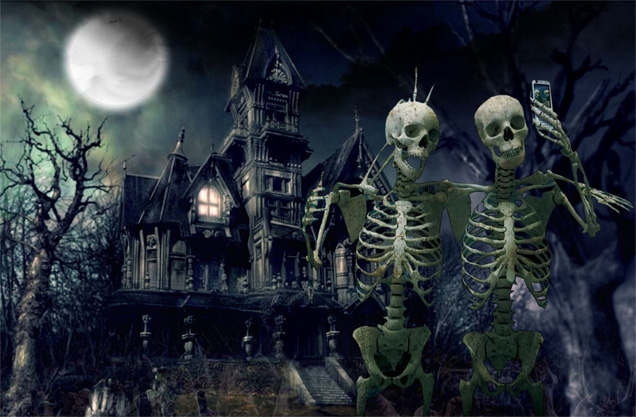 Do you believe in spirits and paranormal activities? No matter you believe or not, this article will amaze you with the scariest haunted places Kolkata. Indeed, the city of joy has it all. From old heritage monuments to haunted places, Kolkata won’t disappoint you at all! Here are the top 10 haunted places that you can visit in Kolkata.

Kolkata’s National Library was once the residence of former British Governor General. Now, this library is the richest place for bookworms with the endless number of rare and historically old books. Moreover, it is one of Kolkata’s most haunted places that we can tell. It’s believed that Governor’s wife Lady Metcalfe still roams around the corridors of the library.

Are you thrilled by hearing this like us? Let’s move on to the next place!

Kolkata’s Royal Calcutta Turf Club is one of the well-known haunted places Kolkata that bears its own historic value since 1930. Many have seen a “Shada Ghora” or a pearl white horse roaming on the race course’s ground during moonlit nights. Many say; it is former race maniac George Williams’s dearest horse Pride. In 1930, Pride was the Queen of the rack tacks as she has won so many races with George. Sounds spooky right?

Kolkata’s Park Street Cemetery is one of the oldest graveyards, which was built in 1767. The term “Cemetry” automatically gives us goosebumps, right? People, who have visited the haunted place Park Street cemetery, or have heard strange sounds which can be recorded using a spirit box as seen here: https://paranormic.com/blogs/news/how-to-use-a-spirit-box-or-evp-research-device-for-ghost-hunting.

Dows over the walls or have heard strange sounds. Many visitors have felt breathlessness and dizziness while visiting this cemetery.

Suicides in metro stations are a pretty common incident nowadays. But, 90% of metro station suicides happen in Kolkata’s Rabindra Sarobar Metro Station and that makes it one of the scariest haunted places Kolkata. Furthermore, many late night metro passengers have seen moving shadows leaving the metro gate. That’s enough to make this place a haunted place!

Nimtala Shamshan ghat is one of the oldest ghats and one of the most haunted places Kolkata as well. Many people believe, Aghoris of Maa Kali cane to this ghat and worshiped Shamshaan Kali who is their reigning deity. Locals who live near this ghat don’t even speak this ghat’s name out loud. Sound spooky right?

Putulbari in Ahiritola is a century-old building which is now almost ruined. The specialty of this building is that it was constructed with multiple doll architectures. Many local people have heard scary female cries and whispers in Putulbari which makes it one of the scariest places to visit in Kolkata!

Do you know about any haunted place Behala? Do let us know!

The Writer’s Building, being the most powerful heritage building of Kolkata is also considered as one of the scariest haunted places Kolkata. Many say that the empty rooms of this building bear many hidden secrets. Most of its huge rooms are vacant. The workers at Writer’s building have encountered strange events like sudden whispers, giggles, and screams. So, nobody works in here after 7 PM.

Are you wondering how the Wipro office can be one of the famous haunted places Kolkata? Many believe that this office has been constructed over a graveyard. Workers at this Wipro office are strictly prohibited to visit Tower 3’s third floor. Many workers also hesitate to work on night shifts, can you believe!

10. Mullick Ghat under the Howrah Bridge

Mullick Ghat is one of the most famous haunted places Kolkata that is famous for being the center of several paranormal activities. The local wrestlers claim that they have seen flailing hands in the Ganges several times. Many say that these are the spirits of people who have lost their lives in the Ganges. Do you believe in this story?