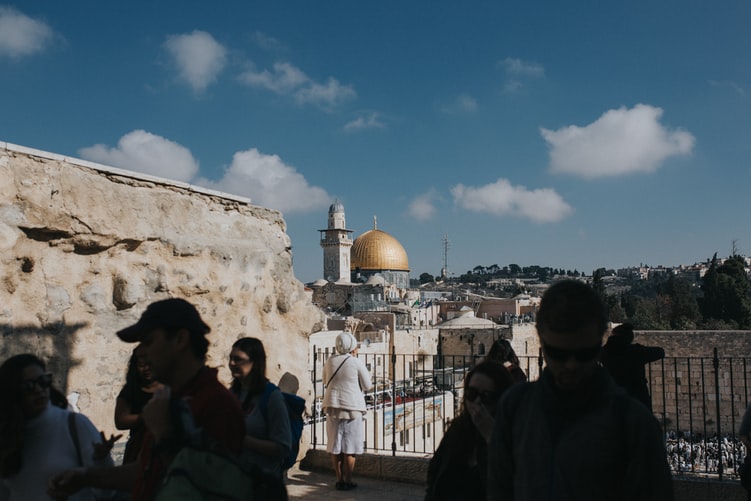 How important is clothing among different religions? Well, the answer to this question varies in many kinds of ways, depending on the communities considered. Every country and every community has its own way of expressing themselves through the external appearance, which is also rather characteristic for various religions.

The Jews, in addition to having their own beliefs and truly rich and abundant culture, are also characterized by having special dress details accepted by many of its believers. While they say it’s more important to be rather than to seem, for Jewish people, to seem is quite important, too. This is the reason why we’ll speak about their authentic garments that make them stand out from the crowd and be noticeable.

The clothes we wear express what we think, who we are and how we want others to see us. Wealth, poverty, arrogance and humility – all of them are noticeable in the clothes one wears. According to Jewish law, one should wear clothing that isn’t at either end. Their faith dictates that its adherents need to wear decent clothes that don’t over-accentuate them, but that aren’t unnoticeable. Their traditional clothing was always saying: cover, but show. Cover all the things that should be covered and show what the true representation of the impact of clothes is in one’s life.

Which clothes are typically Jewish?

This style often aims to point towards humility and dignity, which is why we can actually and truly highlight only a few garments which are authentic and typical for the Jews:

In this way, the case of the presence of the kippah, a small, circular-shaped hat in every place recognized as sacred should also be quite recognizable. For this reason, if you go to a synagogue, even only as a guest, it would be a good idea to get one of these tiny hats.

All Jewish men wear it during religious rituals, such as weddings or a simple, regular church visit. Many Jews, especially the rabbis, have a habit of carrying it throughout the day.

Tallit is placed so that it covers the back and falls forward on the shoulders and every man should wear it during the common prayer. Giving one of these mantles to the young Jew at the ceremony of initiation to adult life – bar mitzvah – also represent a solemn part of the Judaic tradition. Oh, and one more interesting fact – the flag of Israel actually follows the basic scheme of a tallit: white background, with two thin celestial bands along it, and the shield of David in the center.

Both objects have special meaning for Judaism in their relationship with God. Therefore, they must be used strictly and exclusively according to the norms and rules established by the Torah and by God’s representatives. Nowadays, these objects have a variety of shapes, colors, sizes, and designs, so that everyone can adapt them to their personal clothing style. And, which is great, it’s possible to choose them from the comfort of one’s home, via great online shops like Jewish Shop and other similar websites.

Women are always dressed in dark – not bright tones, and always in skirts that cover their knees. Some women also wear socks to cover their feet, although it’s not mandatory. Married women cover their hair, letting everyone else know that they aren’t free.

It’s also stated that not only the lower parts of the body witness the fall of man but also the head that houses the intellect – maybe even more. Therefore, always having their head covered is a demonstration of their conscience that there’s something infinitely above their intellect. It symbolizes their humility and feeling of shame in the presence of God, just like kippah.

One of the boxes (“the arm tefillin”) is placed on the left arm – or the right if the person is left-handed. The leather strap is wrapped around the left hand and around the middle finger of that hand.

The other box (the “tefillin of the head”) is placed over the head, above the forehead, so that it rests on the brain. In this way, the attention is directed to the head, heart, and hand.

This teaches the Jews to devote themselves to the service of God in everything that’s thought, felt and done. It’s a constant reminder of Jewish identity in the house, in clothing and in the body. Putting on tefillin is the first precept (mitzvah) assumed by men just before their Bar Mitzvah.

Jewish men that are a little bit stricter when it comes to religion actually don’t wear shorts. This rule isn’t too strict like the one that states that women have to cover their knees, but it also depends on the environment in which they live. Judaism also forbids men to dress like women, and vice versa – for them, it’s more than a serious misdemeanor. Oh, and did you know that the Torah forbids the wearing of a wardrobe made of a mixture of wool and linen? In fact, the clothing company “Zara” once actually had to apologize to the Jewish community for having incurred what it considers a serious sin: mixing cotton and linen in the same garment. This mixture is strictly prohibited by Judaism, being considered a “hybrid” that goes against nature.

Well, we DO hope you know more about the Jewish clothing style after reading these lines. For some people this might seem too religious-linked, however, that’s how it actually is. The Jews have always been fond of their faith and even the things they put on every day reflect the values that enrich their whole existence – a truly respectful and outstanding gesture.