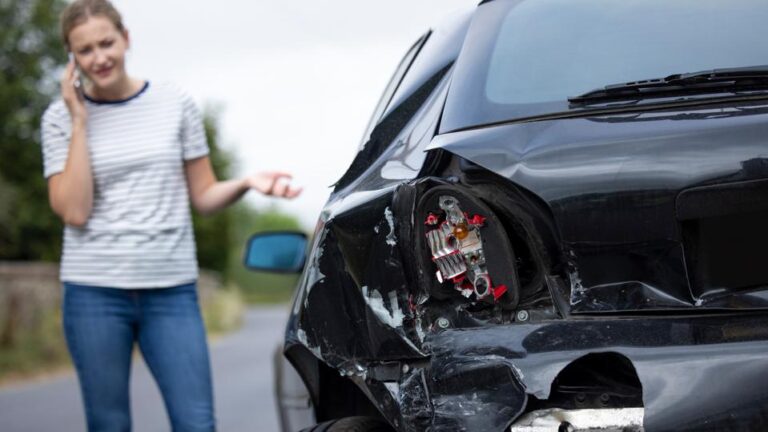 ‘Don’t Text and Drive’ and ‘Don’t Drink and Drive’ are common signs seen on every road, pathway, and street. Still, we hear numerous vehicle accidents occurring on roads. Research says a majority of accidents happen by youngsters due to speeding, overtaking, long hours at work, drugs, or intoxication. If you’re lucky you get out of it smoothly, but people often lose lives when the mishap is huge.

Often drivers pay for the damages through their pockets and try to hide the accident. Initially, it may seem like a lucrative offer to the victim, but it can backfire as well. The injured victim doesn’t realize the severity until several hours pass, and they suddenly realize they can’t move.

At this time there is no other option but to file a case against the accused. These types of cases involve foolish moves and need rectification. Seeking the help of an attorney and moving with the law often helps the victim and the accused.

Sutliff & Stout Injury & Accident Law Firm in Houston Texas is considered one of the top three personal injury law firms. The founders and owners, Graham Sutliff and Hank Stout, are Board-certified personal injury attorneys. They have helped thousands of clients with their vehicle accident claims. You can check their website sutliffstout.com to know more about them. They work on a contingency fee basis.

Accidents occur every day in the USA. The accident rate in a day has reached an alarming figure. The majority of them are youngsters who drive recklessly even though they learned all road rules before the driving test. Vehicle accidents happen due to human error while handling the wheels, road construction, and malfunctioning of vehicles.

Mentioned below are some types of vehicle accidents that are common on US roads.

Rear-end collision is a situation where the driver, due to his or her negligence, hits the vehicle in front. This often happens on red traffic signals, when vehicles in front abruptly step on the brakes to avoid signal-breaking tickets.

Single vehicle accidents don’t involve any other injured victims, but the driver itself. Such accidents occur when the driver abruptly changes lanes or swerves to protect an animal, or from hitting another vehicle in front, but accidentally hits a wall, tree, or pole.

Generally, slippery roads during monsoon and snow during winters make the roads slippery and the motorist is unable to control the wheel that leads to mishaps. The finest technique of avoiding such misfortunes is by driving slowly on roads that are slippery and avoiding sharp curves at the end of the roads.

T-Bone accidents are extremely dangerous and terrible incidents. In such incidents, the front of an automobile hits the side of another automobile. This accident majorly occurs on traffic signals, when one of the parties breaks signal and over-speeds.

According to research, more than thousands of people are killed due to T-Bone accidents. These collisions are sudden, so the driver whose vehicle is impacted from the side is injured majorly.

Still, if the vehicle hit in front is a car and the vehicle hit at the side is a truck, then the car driver gets more hurt. Fractures, neck injury, and brain concussion are some major injuries that occur in T-Bone accidents.

Often we see on highways that drivers cut or change lanes to avoid traffic. This is risky as it can lead to side impacts or crashes. Whether it is a parking lot, highways, or streets, traffic rule state that two cars adjacent to each other should maintain a distance to avoid collision, dents, and scratches.

The injury may not be major, but the repair cost can make a hole in your pocket. Even blind spots like sharp turns on hills and steep ramps in malls can often lead to side impacts.

This is another dangerous accident that can create deaths or serious wounds. Both vehicles bump into each other when driving in the same lane, but in opposite directions. Definitely, it’s the error of the motorist driving on the wrong side, but it harms both parties severely.

If any vehicle is at full speed, the chances are that the collision is major and one of the cars may even roll over, or the windshield breaks into pieces and glasses can damage your face and body. The best way of avoiding such accidents is by turning the wheels to the right and giving space for other drivers to move from the side. The maximum damage that can occur would be through a sideswipe collision.

As the name suggests, more than two vehicles bump into each other from different lanes. This happens when two vehicles crash with each other and the remaining vehicles coming from behind were unable to control speed and hit the crashed cars.

It creates a lot of confusion because due to two-three vehicles, other vehicles also lose control and hit the cars in front of the wall at the side. The best way of avoiding such accidents is by controlling speeds when changing lanes, at intersections, obeying traffic signals, and maintaining a distance from the car in front.

The driver is unable to control wheels and flips to the side or rolls over on the highway, or roads, hitting other vehicles in the front and injuring people. Generally, the driver doesn’t get a chance to come out of the vehicle or take immediate action to avoid flipping. This leads to major accidents.

Such cases happen with heavily loaded vehicles. The driver drives these vehicles at speed to meet the deadline and often skid on slippery roads or abruptly steps on brakes to avoid collision with the vehicle in front.

Even though accidents keep happening on the streets of the USA, the interesting fact is that statistics show a dip in the number of personal injury lawsuits. We find millions of people on the road every year driving huge vehicles and luxury cars.

Thus, it is our responsibility to adhere to the road rules and drive as if we are saving someone else’s life.