United Airlines Offers Compensation for the Passengers after Fallout 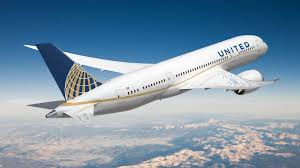 About two more security personnel have been put on leave for the removal of a United Airlines passenger from a flight on Sunday and the passengers are receiving some sort of compensation from the airlines.

Three aviation officers of the Chicago Department are on leave due to this incident and this has become a nightmare for United’s publicity. During falling stocks and threats of boycotting the airlines, the latest footage on the matter contradicts Oscar Munoz, the CEO of United Airlines claims that Dr. David Dao’s utter belligerence was the reason why officers had no choice but to forcibly remove him from the flight.

Meanwhile Chris Christie, the Governor of New Jersey called for an immediate suspension of the widespread practice of overbooking. New Jersey has a special interest in the practices of United Airlines as about 70% of flights are controlled by the airlines at Newark Liberty International Airport.

The CEO was heavily criticized for praising the employees in a memo after the incident took place and he didn’t issue an apology to Dao for two straight days, but come Wednesday, his tone took a highly contrite turn.

When he was being dragged, Dao was screaming on the oversold Sunday flight. Witnessing passengers said that blood was dripping from his mouth after his head accidentally hit an armrest.

When Oscar Munoz saw the footage for the first time, as the passenger was violently yanked off from his plane, he said that an emotion of shame washed over him. He then vowed that he would never let law enforcement remove any passenger who is seated, has paid and booked a ticket on one of his planes.

He also said that he was unsuccessful in reaching the passenger to try and apologize directly. Completely changing his initial comments on this matter, he said that Dao was not at fault here.

While this was going on, more and more passengers kept coming forward with new accounts and videos of what actually happened at this altercation. After boarding the plane, United wanted to clear some seats for another flight crew who had to get to Louisville.

Initially Mr. and Mrs. Dao agreed to get off the plane, but when they found out that the next flight wasn’t till afternoon of Monday, they took their seats back as Dao was a physician and he had to get to work the next day. The man was not at all belligerent, according to other passengers. He politely explained his situation to the officials. He refused to leave and moments later he was being dragged down the aisle and out of the plane. During this dragging, Dao’s head banged an armrest and blood started streaming.

Dao is now recovering in a hospital in Chicago, said his lawyer. The lawyer is scheduled to give a press conference on Thursday.

OpenTable’s CTO is in San Francisco