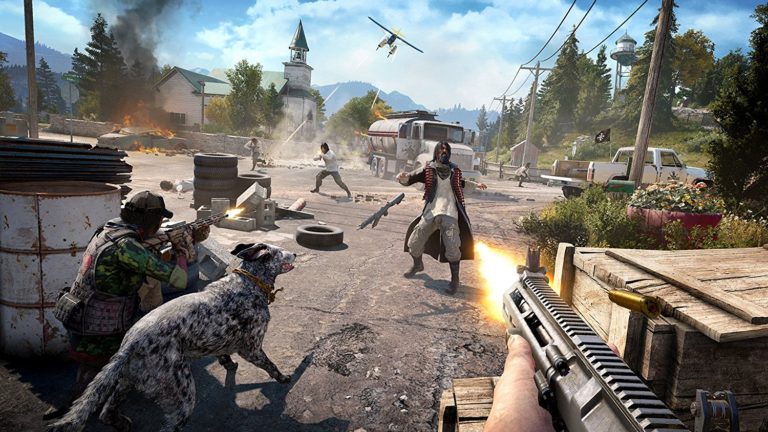 Like any year before, 2019 is a year which promises a lot of great games of various genres and for different platforms. Just looking on various lists you can find on the internet can give you munchies. However, today we are going to focus on FPS genre games which are going to be released in 2019. We assure you that you will see a plethora of great FPS titles which will come this year. Buckle up, and let us go.

This year, we will have the pleasure of playing a new game from “Dying Light” series. Once again, players will face the hordes of undead. However, in this game, we will see a new city in the game. Most of these locations are run by several groups that battle each other for controlling that certain area. Players will have a possibility of combining melee combat elements and first-person shooter.

Since the first Far Cry game was released in the early 2000s, it gathers a massive cult following, which is still large even today. If you played the latest installment in the series “Far Cry 5” you know that it ends in a cliffhanger. It was only natural that we are going to get another game, and we learned that we are going to get it this year. The setting will be several years after the events of “Far Cry 5”.

A new title in Metro franchise is “Metro: Exodus”, which will follow trends of the previous titles in the franchise. It is going to be a mix of horror, FPS and RPG, a mix which was proved very successful in the previous titles. We know that events of this game are set a couple of years after the events occurred in “Metro: Last Light”. Furthermore, the player will take the role of Artyom once again.

Since the franchise was rebooted in 2016, Doom became an enormous hit. Once again, we are going to see the world of Doom games through the eyes of our unnamed hero who battles demons which came directly from hell. Doom games were always popular, especially for their action-packed content and how our hero battles demons. We can only presume how the next installment of the Doom franchise will be as popular as previous ones.

We can safely say that “Back 4 Blood” is a spiritual successor of Left 4 Dead franchise. Moreover, we can presume that the developers from Turtle Rocks Studios decided that they want to continue the spirit of “Left 4 Dead” because Valve didn’t release the third game in the Left 4 Dead series. The only two things we know about this game are that it will be similar to “Left 4 Dead” and that it will feature both campaign and multiplayer.

Originally, “Rage 2” was announced at E3 2018 press conference which was attended by people from Bethesda. Like its predecessor, it will be an FPS. What is known is that the main protagonist is a ranger called Walker, which survives in the world full of mutants. Also, like it was the case with original Rage game, “Rage 2” will be an open-world game.