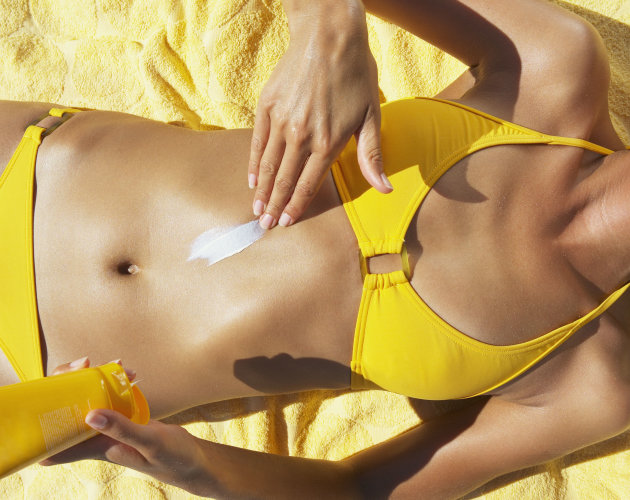 Beaches have been through the years a place for several people to take a break from their daily routine and they have a great provider or the suntanned skin most of human beings admire really deeply. But, for a long time too, it has been said the negative effect of taking too much sunlight and that people need protection against the negative effects from the exposure to it. To achieve this protection, sunscreen has proved very handy for this purpose and so skin cancer can be avoided effectively. Nevertheless, most of them have been proved to contain harmful chemical elements, such as oxybenzone which is considered to be carcinogenic and hormone-mincing; although there are some natural sunscreens to provide the needed protection and the chemical-free elements, but the constant usage of them have showed a negative result: a high level of Vitamin D in people.

Vitamin D has been proved to be effective in promoting the uptake of calcium in the intestines and keeping the digestive system healthy; additionally, the absorption of this vitamin is an important factor in the immune system which deficiency is associated with increased risk of deadly cancer, cardiovascular disease, multiple sclerosis, rheumatoid arthritis, and type I diabetes mellitus. The lacking of this vitamin is the origin of several cases of frequent respiratory infection; it is proved the existence link between cold and flu cases with the low exposure of sunlight during cold months as it is shown in a study taken by the University of Colorado in 2009.

Despite of being one of the most researched vitamin (although it is a prohormone), there is a lot of confusion surrounding the intake of this vitamin among general audiences. Due to this confused information, the deficiency of vitamin D has reached 50% of the population of the United States even in those warmer states and it is becoming higher as time passes.

Vitamin D is needed by the body and the principal source of it is sunlight. To produce this vitamin, it is necessary to take direct sunlight for a period of 30 minutes per day or until the skin starts to get a pink coloring. The fastest the skin takes to get pink, the less exposure to sunlight has to be taken into consideration. So if people apply sunscreens, they are reducing the production of the vitamin in a 99% according to the Scientific American researchers and institutions.

Other factors have to be considered along with sunscreens. One of them is the use of soap when taking showers. Since Vitamin D is fat soluble, the human body need fat to absorb it and some soaps contain harsh ingredients that eliminate the natural oil and, thus, diminish greatly the production of the vitamin. The usual habit of taking a shower or two a day or washing the hair on a daily basis could interfere with the production of this necessary vitamin.

And since the absorption of Vitamin D is strictly direct to the sunlight exposure, other sources of talking it up are really hard to get. Mushrooms are one of these sources, but they have to be grown in conditions favorable to sunlight exposure of eight hours per day; something very difficult to prove if they are taken in a grocery store. Other sources of this vitamin are fatty fish eggs, red meat, and liver which are not the choice of many people’s diet. Leaving sunlight exposure the most trustable and free source of the production of the vitamin.

So it is recommended to take a good 30-minute morning walk or a bicycle riding to provide Vitamin D to the body and increase the defense system against deadly illnesses.

1 thought on “Sunscreens Can Cause Vitamin D deficiency”