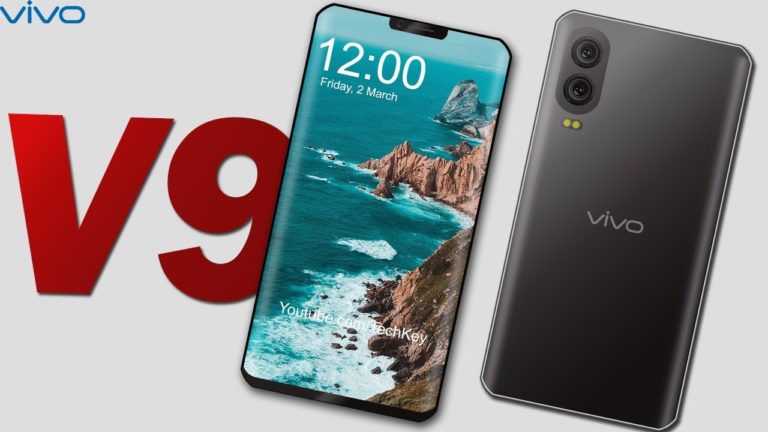 Everybody remembers when iPhone X was launched by Apple whit a notch on its display and it was received with some good and bad reactions. Some people loved the way Apple presented FaceID as well as how they reduced the borders around the touch-screen. At the same time, others hated the same. Nevertheless, the new design was so unique that other companies began copying it. There are, at this very moment, dozens of manufacturers implementing the same kind of design into their smartphones. However, we will only be discussing one of them, the Vivo V9. Vivo is the first manufacturer to release a smartphone with Android OS with a notch in India. In this article we will give you our frist impressions about the Vivo V9.

The design is definitely the first thing you will notice about the V9. It looks very much like any other smartphone with a taller display at first glance. The not becomes visible when you power the phone on. The Vivo V9 has thin borders on the top and sides of the screen. The notch is placed at the upper part of the screen and it is where the 24 MP selfie camera is placed with the earpiece, notification led plus the other sensors. Vivo has managed to put together a 6.3-inch display featuring 19:9 aspect ratio and a 1080×2290 pixels resolution. The system status icons are shown by the ears that are placed on the side of the notch. It is 73,03 mm wide and 7.89 mm thick. This makes it one of the most confortable smartphones to hold. It is very light sinces it only weights 150g but you will find it difficult to reach all the screen when using only one hand.

The Vivo V9 feels plasticky which makes it very easy to be stained and to see fingerprints on it but it isn’t sleeper, which is nice. The volume as well as the power buttons is on the right and the sim tray was placed on the left. Two Nan-SIMs can be placed there. There is one slot that is dedicated to one Micro-SD memory stick. There is a headphones jack of 3.5 mm at the bottom of the phone as well as the primary microphone, a micro-USB port and a speaker grill. The smartphone comes with a 10W charger, a case, a wired headset, and a screen protector that is previously applied.

Its power comes down to the Qualcomm Snapdragon 626 which is a processor with 8 cores and it’s clocked at 2.2 GHz. The vivo V9 has a 4GB RAM Memory and 64 GB for storage. It is very quick since did not show any signs of lag while testing it. It is a device with Dual-SIM capacity that supports 4G and VoLTE. It also has a non-removable battery of 3260 mAh.

The smarphone is run on Android 8.1 Oreo and Vivo’s custom OS named Funtouch 4.0 on top. Its back camera has 16 MP. All these elements makes it a very power device. Its design is very appealing and Its starting prices is 22.990 Rs or around USD 354