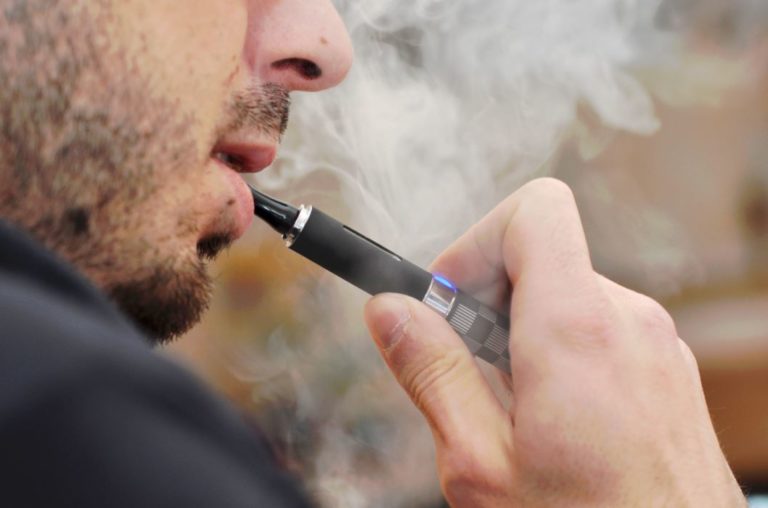 E-cigarettes, also known as e-cigs, are battery-operated devices that heat the liquid into an aerosol which the person can use to inhale and exhale. The liquid may or may not contain nicotine, which makes it safer than a normal tobacco cigarette. Other ingredients which may be included in an e-cigarette are glycerin, chemicals and propylene glycol. It may also include harmful substances such as lead and chemicals that can cause cancer. An e-cigarette comes in two types; it can either be disposable or reusable. Using e-cigarettes is normally known as ‘vaping’, and it is common among teenagers.

How do e-cigarettes work?

As pointed out by Steamo, E-cigarettes consist of different parts that include a mouthpiece, a heating element, a rechargeable battery, and electronic circuits. It is not similar to a regular cigarette as it does not produce any smoke and only releases vapors of liquid. The user may suck on its mouthpiece or cartridge that helps its sensor to activate the atomizer, which is its heating element. The heating element then enables the flavored liquid solution to start vaporizing, which the person then inhales and exhales. Its mouthpiece is attached at the end of a tube. Different brands add several flavors in e-cigarette liquids to allow users to enjoy their experience.

How can you be safe when using e-cigarettes?

• Don’t drop your e-cig.
• Turn off your e-cig when you are not using it.
• Don’t leave the e-cig for too long in extremely hot or cold temperatures.
• Always read the instructions carefully before using an e-cig.
• Keep it away from kids, pets and pregnant women.

Even though e-cigarettes come along with a long list of health risks, still many studies have found that people who want are addicted to smoking and want to quit smoking can use e-cigarettes as an alternative since they are less harmful as compared to a regular cigarette and can also help them in quitting smoking. However, many people believe that there are other safer and healthier options to quit smoking instead of using an e-cigarette.

There is no doubt that vaping can be incredibly harmful to your health, and you should avoid using e-cigarettes regularly. Most of the times, e-cigarettes contain nicotine, which can make you addicted to vaping and cause changes in the adolescent brain, which can be hazardous. E-cigarettes may also cause different lung diseases to its users. It can be fatal for women during pregnancy and can also affect the development of the fetus. Youngsters who use e-cigarettes would start using regular cigarettes eventually, which contains nicotine. As the liquid inside the e-cigarettes contains different chemicals, therefore, inhaling it can expose your lungs to hazardous substances which can lead to causing lung cancer. Even the aerosol of an e-cigarette consists of harmful substances which can be dangerous for your health.