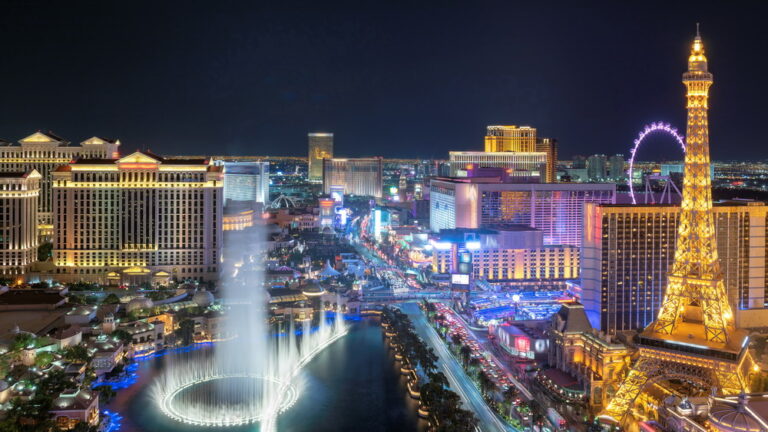 Are you familiar with the ad campaign that suggests what you do in Vegas stays in Vegas? For professional gambler Antonio Esfandiari, the concept recently took on new meaning. And it wasn’t good. Esfandiari was victimized by a burglar who stole $1 million in cash, jewelry, and casino chips from his Las Vegas condo.

Of special interest is how the thief pulled off the crime. She didn’t have to pick the locks or deactivate a security system. There were no motion detectors or video cameras to worry about. Instead, she walked right in and took what she wanted. Making matters worse, she knew just what she wanted and where to find it.

Police say the alleged thief was well known to Esfandiari. She is 46-year-old Svitlana Silva, an Arizona woman who lived within the Esfandiari condo at one time. She had access to the home through a key. However, she claims to have returned the key after moving out.

At any rate, Silva let herself into the apartment and stole upwards of $500,000 in marked casino chips. She also took some $400,000 in jewelry and $150,000 in cash. News reports do not say exactly how she got in, but Esfandiari is apparently well known for leaving his door open.

While the law deals with Ms. Silva, there are some important lessons to be learned here. At the top of the list is controlling access to your home. One of the best ways to prevent burglary is to make it as difficult as possible for thieves to gain entry. Leave the door open or give them a key and you are just asking for trouble.

Securing a Home against Burglary

Vivint Smart Home, a company that specializes in wireless security and smart home technology, says the basic principles for securing a home against burglary apply everywhere, not just the Las Vegas strip. It all starts with locking windows and doors. Burglars are more likely to enter a home through its front door than any other entry point.

Also, check out the following:

The whole point of securing a home against burglary is to make it as difficult as possible for burglars to get in. Burglars are criminals of opportunity. In other words, they look for the easiest opportunities they can find. If you make it easy for them to get in and get out undetected, it is like you are inviting them into your home.

As long as home security is on the table, let us talk about video surveillance. It is no longer negotiable in this day and age. Video surveillance gives law enforcement an effective tool for identifying criminals caught in the act. Video footage provides nearly irrefutable evidence in court.

Getting back to the Esfandiari story in Las Vegas, news reports suggest Silva was caught because she tried to use casino chips that were linked to Esfandiari. Apparently, casinos are starting to electronically mark chips so they cannot be cashed in by anyone other than the person to whom they are linked.

The authorities were able to tie Silva to the stolen cash by looking at her gambling activities prior to the moment she tried to cash in the marked chips. They put two and two together and had their suspect.

Wouldn’t the entire case have been a lot easier with video surveillance footage? A few well-placed cameras around the Esfandiari residence would have shown Silva as the perpetrator of the crime. And had she known the cameras were there, she may have never attempted her crime.

Secure Your Home against Burglary

The lesson from the Esfandiari story is quite clear. Burglars will take every opportunity to do what they do, so it is up to the rest of us to secure our homes appropriately. It is our job to keep burglars out. Police cannot do that. They can only respond once a crime occurs.

Thankfully, home security options are plentiful these days. Homeowners can opt for a professionally installed system that is monitored 24/7 at a remote location. They can also go the DIY route. Some DIY security systems are self-monitored only while others offer the option of either self-monitoring or professional monitoring.

At least one video camera should give a clear view of the front door, as this is the most common point of entry for burglars. Additional video cameras can provide views of all of the windows and rear and side doors. Homeowners who wish to spend a little more can add motion detectors inside the home along with motion-activated lighting and electronic door locks.