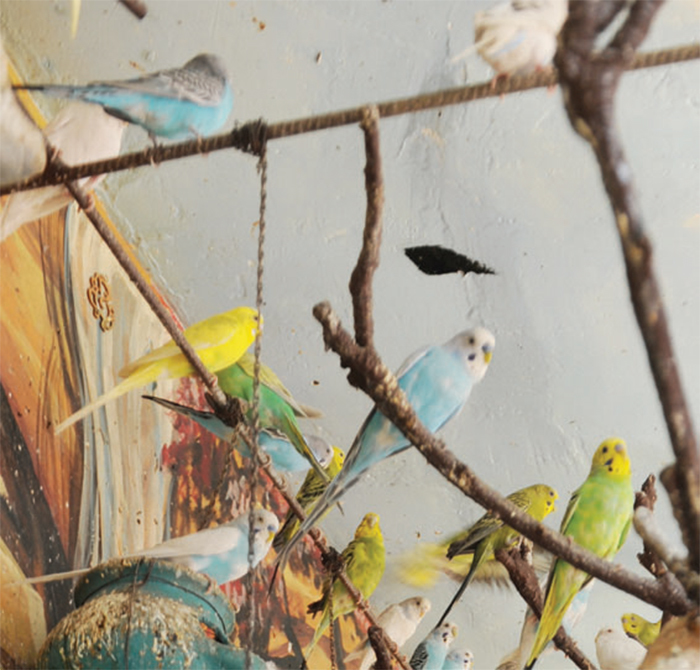 In today’s world, most people unconsciously through thrash here and there. When most of you put up parking lots, the shocking transformation of a stinking heap of trash in Gowtham Nagar, Srirampura will surprise you all. Who likes to stay beside a heap of garbage, probably nobody, right? While many people keep the birds in cages as pets, the deeply conflicting idea of keeping the chirping birds in cages might raise many questions in your mind.

The residents of Gowtham Nagar, Srirampura now don’t have to live beside a smelly and completely unhygienic garbage dump. Instead, they now hear the sweet chirping chorus of multiple lovebirds or budgerigars in the locality whenever they pass by.

The residents now enjoy the amazing soundtrack of singing birds to their everyday life instead of smelling the stinking heap of trash. Isn’t it an amazing transformation to encounter? Now, the sweet chirping of lovebirds and the greenery of plants ensure that the local people don’t even dare to dump the rubbish there again.

The step of turning the garbage dumping place into bird cages is an alarming as well as shocking step which is now making people aware of not through trash anywhere. Gowtham Nagar in Srirampura has become a trendsetting example which is now flaunting its new mini aviary which has become a permanent shelter of almost 40 lovebirds.

The birds with different variety of colors now entertain the residents of Gowtham Nagar in Srirampura with their sweet chirping. The aviary of 40 lovebirds is actually a caged enclosure which has been exclusively made to make it look like a natural environment so that the lovebirds can live a normal life.

But, the fact is, the aviary was not always so. The local residents of Gowtham Nagar in Srirampura always had to fight with the higher civic authorities so that the heap of smelly and unhygienic garbage is cleared from the area on regular basis. It’s better to say that the residents were literally pissed about the pathetic condition of their living environment as they have to smell the rotten garbage every day.

Once the stinking garbage dump was completely cleared, the residents went on a mission of planting saplings there. Then they turned the place more beautiful and made the environment suitable for lovebirds. They set up the aviary while cooperating with each other and brought in some lovebirds. Thus, the residents of Gowtham Nagar in Srirampura made the impossible transformation possible!