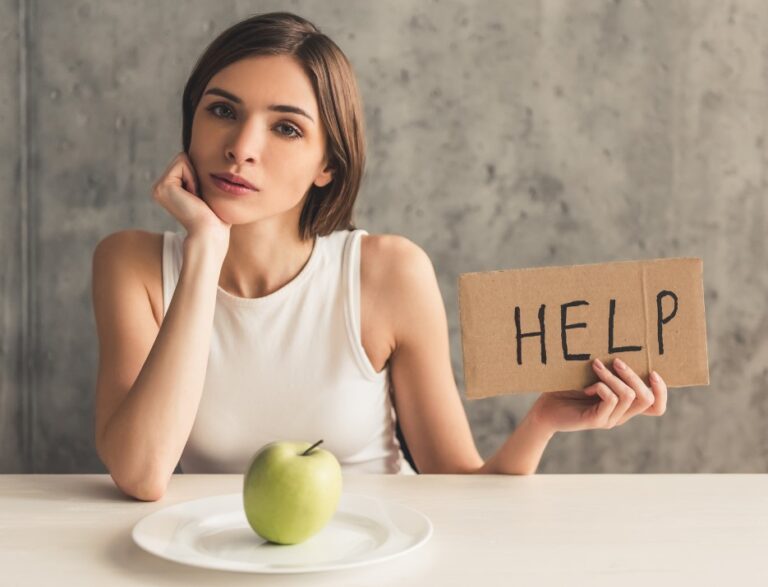 Many people do not feel hungry at regular intervals; at times, they feel very hungry and binge eats a particular food; all these are symptoms of eating disorders. Anorexia, Bulimia are some common disorders that affect a large proportion of the young population around the world.

Treating eating disorders can be incredibly challenging. Eating disorders are psychiatric conditions. The brain and the enteric nerves ( in the stomach and intestine) regulate people’s desire to eat. They also regulate the amount of food that is eaten.

When the stomach is satiated, it sends signs to the brain, which stops the feeling of hunger. But for individuals with psychiatric disorders, these signals are messed up. Susceptibility to these diseases can stem from genetic factors, personality traits, and even cultural factors. So if you know a friend who needs help with these diseases, you can go to clementineprograms.com.

Some Eating Disorders That Are Incredibly Difficult To Treat

This disease affects more females than males. It affects young people, especially teens, as they are the most conscious about how they look. Some common symptoms of the disease are an unhealthy obsession with weight, the number of calories taken in a meal, excessive exercise, etc. The affected person feels that they are too fat even though they may be of the perfect weight. These people might keep looking at the mirror time and again.

Also, they might buy weight machines or start following different diet plans suddenly. However, the biggest challenge with this disease is that the victim is completely unaware that they are ill. Like most mental disorders, the victims genuinely believe they are fat and need to lose weight. This is one of the major reasons that make this disease highly fatal.

Most people become malnourished before their friends and family can consult a doctor. Many patients start losing essential minerals like Calcium which makes their bones weak. Loss of minerals like Magnesium, Sodium affects the functioning of enzymes and the working of the nervous system. All these might cumulatively lead to the failure of vital organs and, ultimately, death if treatment is not available on time.

Another challenge with treating this disease is that a person may start showing physical symptoms like weight loss very late in many atypical cases. So, indices like BMI or body mass index become meaningless in such people.

Even in typical cases, family and friends have a tough time discovering the disease. This is because most affected individuals try very hard to hide their efforts at losing weight. So most of these patients refuse to eat in public; they might over-exercise in a private space.

Again, since most of the victims are teens, parents often perceive eating disorders as teenage tantrums. There is a lack of awareness about the disease, and most people tend to think that ignoring the diseased or problematic person will solve all their issues.

Anorexia has a full recovery rate of 40%. The treatment involves counseling sessions and a prescription of serotonin reabsorption inhibitors. Many people suffer from relapses after they have recovered. Many people also actively resist treatment because they enjoy the process of starving and subsequent weight loss.

This is another eating disorder like anorexia. In this case, instead of restricting calories, a person eats too much. It can affect a person of any age or sex, but most victims are young. The patients have binging sessions where they can binge eat any particular food and often eat more than required. Most patients purge themselves or fast after a binging session.

Purging, that is, vomiting or using laxatives, is often done to deal with the guilt of excess consumption of food. Thus these patients have a cyclic pattern where they binge, followed by purging or fasting and then binge again. The most difficult challenge in treating this disease is diagnosing the condition.

Most of the patients are very secretive about their purging behaviors. The victims suffer from sore throat, acid reflux, stomach cramps or frequent stomach aches, etc. At times excessive use of laxatives might lead to loss of vital electrolytes like sodium and potassium in the body. A very low level of potassium is fatal as it can lead to heart failure.

Again, Bulimia, like anorexia, is a psychological disorder, and there is a lack of awareness about this condition. Most people see patients as problematic people instead of treating them as victims. Again patients are resistant to therapy. All these factors complicate the recovery from the disorder.

It is an eating disorder where a person eats substances that are otherwise not treated as food. These patients eat random stuff like wood shavings and their own hair; they eat sand, pebbles, dust, etc.

This disease is very difficult to diagnose as people try to hide their eating habits. Also, most of the patients also have some sort of intellectual disability like autism spectrum disorder. Since these people have some intellectual disabilities, many people do not take their problems seriously. For instance, if these people complain of stomach ache, they are often ignored because they may not be able to communicate properly.

Again, this condition is less popular than anorexia and Bulimia, so there is very little awareness about this condition. Also, most individuals die because of the side effects of consuming chemicals present in the random stuff they eat.

Disorders relating to consuming food are often ignored. Most victims are very secretive about their conditions, and the diagnosis takes a lot of time. All these factors cumulatively make these disorders a daunting challenge to deal with. A lot of work needs to be done to make people aware of these conditions so that the mortality associated with them comes down with time.