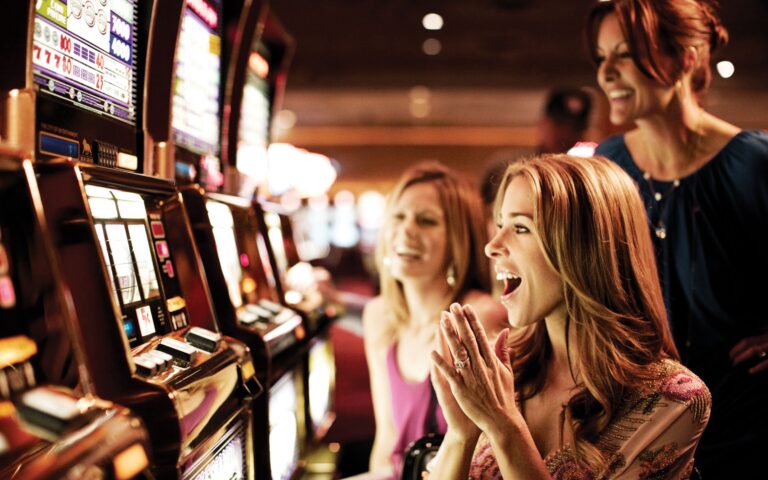 The online gambling industry has grown rapidly in recent years, with advancements in technology helping to drive huge increases in revenues on a global basis.

A key factor in that growth has been a massive surge in the number of women gamblers, with the convenience of playing games on the internet helping to make the practice far more attractive.

Many sectors of gambling were previously male-dominated arenas, but online play means that gender is now far less of an issue than once was the case.

Numerous research studies have shown that women tend to be attracted to different elements of gambling than their male counterparts, particularly with regards to the social aspect.

However, that is not to say that women lack the necessary desire to be hugely competitive and win life-changing amounts of money.

The presence of women in gambling is not restricted to playing games, with many also making a massive impact on the commercial side of the coin.

There are plenty of examples of females operating in key roles, thus helping the industry take an increasingly diversified approach to business. Read on as we look at women in the gambling sector.

A self-employed hairdresser from Wales perfectly highlighted how bingo sites have the power to transform someone’s life forever.

Samantha McKay scooped £250,000 from an initial £1 stake playing online bingo on the site, just one week after suffering the heartbreak being refused a mortgage.

The bumper win allowed Samantha and her husband, Damien, to buy a dream three-bedroom property in Porthcawl, in addition to purchasing a holiday caravan for her mum.

“We knew we were going to spend the money on a house straight away – we had been saving for years and it ended up going on our wedding and bills and other things,” she told Wales Online.

“We’re both self-employed and struggled to get a mortgage and, after it was rejected, we were worried we’d never own our place.

“It was so exciting to walk into the estate agents and just buy a place there and then. Now that all the excitement is over, I’ve gone back to work and we’ve settled back to normal.”

Harman Paves the Way in Poker

Jennifer Harman has been a trailblazer for women in poker for many years and is now firmly established as one of the best players in the world.

Harman has won two World Series of Poker (WSOP) bracelets during her career and has used her fame as a force for good by supporting numerous charitable causes.

Although male players have historically dominated the poker scene, Harman says she never had a chip on her shoulder because she was one of the only female players on the circuit.

“I never thought of it as a gender thing – when I look back on things, there were hardly any women playing,” she said.

“I didn’t know any of the other women poker players, but I didn’t know who Doyle (Brunson) was, who Chip (Reese) was, or Johnny (Chan) either.

Hillman Shines in the Slots Sector

Swedish-based slot specialist NetEnt is a shining example of a company where women and the gambling industry work together in perfect harmony.

Therese Hillman has been a roaring success since being appointed as NetEnt’s Chief Executive Officer in 2018 – a point highlighted by the firm’s revenues during the first half of 2022.

This rose by more than 30 percent to £95.7 million, with acquisitions of other companies and a growing live casino portfolio amongst the factors that contributed to the growth.

Hillman transitioned from the eCommerce industry to iGaming and says she has remained completely oblivious to suggestions that women cannot flourish in the latter.

“When you play sports and when you are very competitive, you are always competing with men,” she said.

“Because this was my background, I actually never thought that much about it. I always thought, ‘Why couldn’t I be as good as they are?’”

In addition to working as a writer and television presenter, Victoria Coren Mitchell has also won more than $2.5 million in live poker events.

Her talent for the game was virtually unknown when she became the first female winner of the European Poker Tour back in 2006.

However, she proved that achievement was no fluke by repeating the trick eight years later and continues to try to promote the game to a more diverse demographic.

“The big thing for me is trying to fly the flag for people who are playing poker primarily for fun and have another job – I want those people to feel they have a chance at winning,” she said.

“You don’t have to be a full-time professional or a teenage maths graduate who studies videos all day long. It’s an incredibly inclusive game, for men and women, for old or young.

“I’ve played with the blind and people in wheelchairs, we can all do it. I want women to feel encouraged and not be put off, but the bigger thing is everyone should feel very welcome.”

Gambling was traditionally seen as an activity that men undertook and the key players on the business side of the things certainly used to be male.

However, the situation has changed since the turn of the century and that can only be good news for the industry moving forward.

Women players winning huge sums of money will undoubtedly serve to inspire others to try their luck, while women in positions of power will help to increase diversity.