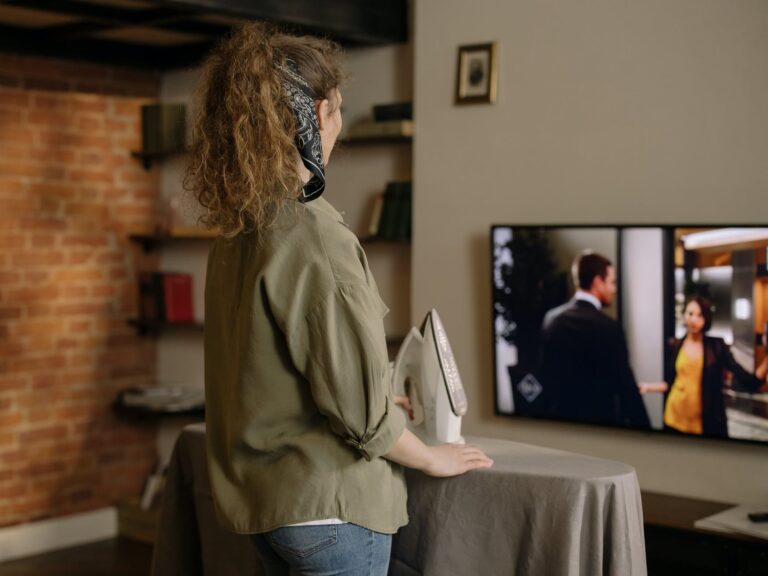 Television is one of the most common ways people around the world spend their free time. Coming home after a difficult day at work, taking off your shoes, and taking a seat in front of your team to watch the sequel of your favorite TV show is something truly remarkable. The only thing that might be more relaxing than doing that would be watching TV while taking a bubble bath. There are so many different genres of movies these days, it seems like you could watch one film every single day after work.

However, not every genre is for everyone. Every person has their own specific taste when it comes to motion pictures. But, even with that personal taste, there are statistics that show that women prefer different genres when compared to men. We do not exactly understand, but it is true. As a man, I have noticed that almost all of the women in my life love to watch Romantic comedies while every other man hates this genre.

If you want to know more about the women’s favorite genres, keep reading.

This one might be the most obvious of all other genres. You probably do not need any kind of statistics to know this.

Rom-coms are quite common in the film industry. There are probably hundreds of different films released based on that one same idea of finding “true love”. The entire plot is never serious and does not take on any sad or disturbing moments. The whole point of this type of motion picture is to give you those feel-good emotions. Most watch it to relax, not to find some deep psychological meaning behind it. Sometimes, people just want a straight-forward plot and rom-coms deliver exactly that.

Most of these stories usually end up with a happy ending and the lovers are finally together. All of those obstacles that they meet throughout their lives are nothing when compared to the strength of their love. While the plot in most romantic comedies is not impossible or sci-fi, it is usually overly exaggerated. Chasing someone down a plane runway to stop a plane is not something that you cannot do without consequences. Well, the people in rom-coms look like they do not have to face any kind of consequences, so they can do almost anything for their love.

The exact reason why women love to watch romantic comedies is unclear. They might like the idea of a man that will do anything for the love of his love or they just find the lives of a couple with no worries pleasing. I could keep on guessing, but I will not be able to tell you the true reason.

A recent study has shown that almost 90% of females watch romantic comedies while only 55% of men give a chance to this type of movie.

Another genre that benefits from female viewers. Study shows that 77% of females love the romance genre while only 55% of men watch romance.

The romance genre is similar to romantic comedies, but still very different at times. While the whole point of romantic comedies is completely lighthearted without any kind of danger to the people in the movie, romance movies may be the complete opposite.

Yes, it focuses on the love between two people, but the ending does not always end on a happy note, although most endings are pretty optimistic. Even if the people in love do not end up with each other at the ending, the outcome could still be positive.

Before television, romance novels were mostly read by women. After the introduction to television, that interest for romance was also seen in movies too. If I have piqued your interest in romance films, you should check out tayloraerials and add aerial TV to your home. With this kind of installation, you will be able to watch all kinds of movies, not just romance.

It looks like all of these women’s favorite genres follow some kind of pattern that is quite obvious. This information tells us that females like to watch ideas that revolve around love, marriage, etc.

Of course, musicals are not just about one subject, it could be about all kinds of things. Musicals may focus on money, friendship, enemies, and many more subjects, but a plot that surrounds love is the most common. There is always at least one very close relationship in every musical.

Recent studies have shown that 65% of women have a high interest in musicals while men have just 48%. While this information shows that females do prefer to watch this genre more when compared to males, it also shows that most people do not prefer it. Just 65% of women is quite a low number when you compare it with other genres.

Drama is another favorite to women, but for men too and there is a good reason for it. Going 50 or even 60 years back, dramas have been the most successful in the film industry. Most of what we consider today to be “cult films” are dramas. There really is no reason why people would not enjoy watching this type of movie.

Of course, there can be a bad drama with bad actors or a bad director. It takes a lot of skill both from the actors and the crew working that will be working on the movie. One of the best dramas in the history of film is The Godfather, American History X, Taxi Driver, Cast Away, Dog Day Afternoon, Rain Man, and many, many more.

Drama movies commonly have some romantic elements in them which are another great bonus to women. Naturally, in dramas, there can also be action, sci-fi, and many other elements which means that this genre can satisfy everyone’s needs. In this type of movie, the director has the ability and the freedom to expand and explain the story in any direction they want. It truly is remarkable just how amazing a drama film can really be.

No matter which type of movies you prefer, the fact is that you need an advanced TV set to fully enjoy it. Luckily, today, you can easily get everything set up, with the help of companies such as tv-aerials-uk.co.uk.