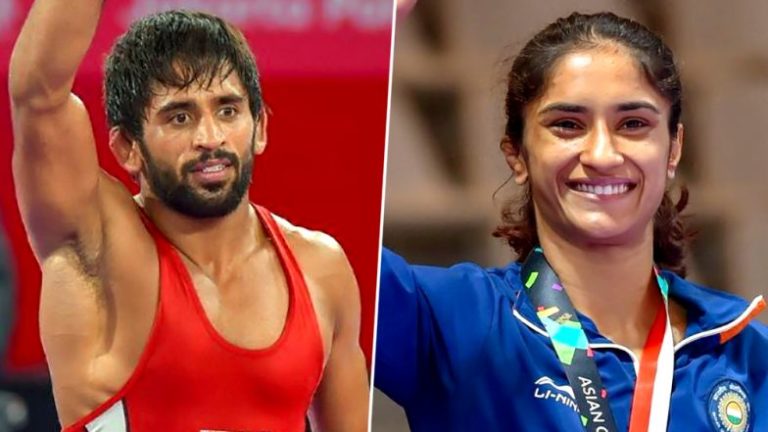 Woman wrestler Vinesh Phogat and wrestler Bajrang Punia, who had won a gold medal at Gold Coast 21st Commonwealth Games (CWG) and 18th Asian Games at Jakarta, this year, has been nominated for India’s fourth highest civilian award Padma Shri. They are nominated by Sports ministry who forwarded their application to the Home Affairs ministry.

Vinesh and Bajrang did not secure the country’s highest sports honor, Rajiv Gandhi Khel Ratna award for which they had scored a maximum of 80 points. Instead, weightlifter Saikhom Mirabai Chanu and cricketer Virat Kohli were recommended by the committee for this award, sidelining Vinesh and Bajrang. Both Virat and Mirabai received the Khel Ratna award on 25th September, 2018.

Agitated by this, Bajrang had decided to take legal action against the government. But before that, he met with the Sports Minister, Rajyavardhan Singh Rathore, on 20th September, who had assured him some positive response. With this assurance, Bajrang dropped the idea of legal action and shifted his focus towards the oncoming World Championships in Budapest.

The Padma Shri award could be presumed as a positive response from the Sports ministry to pacify the matter.

No recommendations for Padma Bhushan

Also, this year recommendations for the third highest civilian honor, Padma Bhushan have not been made. In 2017, PV Sindhu, MS Dhoni, and Pankaj Advani were recommended by the ministry among which Pankaj and Dhoni was the recipient of this award.

In August, 2018, Railway ministry officials had confirmed the promotion of Bajrang and Vinesh to the rank of gazetted officers as per the railway rules. The ministry had said that the promotion was made in order to provide the required recognition to the strenuous effort made by the sports-persons.