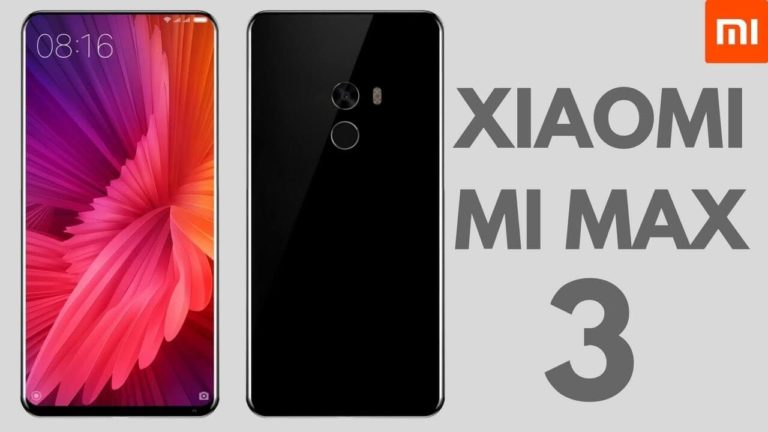 After the major success that was the Mi Max 2, it didn’t come as a surprise that Xiaomi would binge on that success and quickly announce the Xiaomi Mi Max 3.

The rumors surrounding the handset made it to be a great upgrade from its predecessor, one thing is for sure though the Mi Max 3 is the most expected release from the Chinese phone maker.

With speculations surrounding the battery capacity, it’s no surprise this beautiful behemoth will be having 7 inches 18:9 display ratios screen. It was “predicted,” last year that the trend for 2018 will be including besides the “top notch” of the iPhone X, the larger than life screens, from 5.5 inches to 7 inches. The screen resolution is 1440 x 2560 pixels and will be running on Android 8.0 Oreo. The phone is coming with an Iris Scanner which makes it likely to have an LCD screen rather than a LED one, a little disappointing but well, there is still a long way to go for Xaomi, there is no denying the Chinese phone maker has a bright future still ahead.

This incredible Phablet will be powered by the powerful Qualcomm Snapdragon 660 Octa-Core 2.2 GHz and a whopping 4 GB RAM, and if you are a gaming fanatic then you’ll be pleased to know that the Xaomi Mi Max 3 is coming with Adreno 512 GPU.

Remember the Battery we mentioned earlier? Well, the Mi Max 3 is expected to come with wireless charging, but not a regular one, but the Qi Wireless Charging, which is an incredible aspect that gives Xaomi bragging rights, as the battery in question is 5.500 mAh which is great, a giant leap forward from the Chinese phone maker.

This beauty will be sporting a set of dual-cameras with 12 MP pixels each and a whopping the resolution of 4000 x 3000 and CMOS sensors all over the place which is awesome by the way.

With an internal storage capacity of 128 GB, it isn’t a surprise it does not come with an SD slot, but it does come with a two SIMs slots, there is no official price tag as of yet, and it will also be having Corning Gorilla Glass 3.