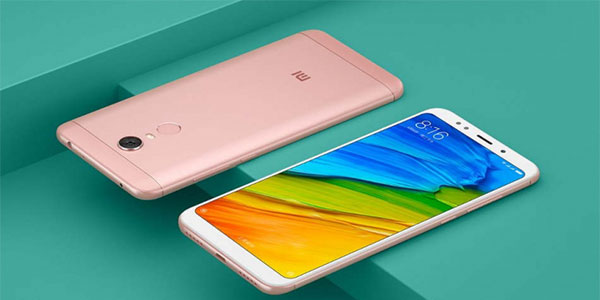 Redmi is a Chinese manufacturer that has become very famous. In fact, the Redmi Note 4 became India’s bestselling smartphone which made Xiaomi become the top 1 smartphone seller in India, surprising vitory against Samsung and its other rivals.

Redmi has not stopped with this achievement. On the contrary, it has come up with a new model, Redmi Note 5. It was launched in China as Redmi Note 5 Plus but was rebranded in India as previously mentioned. It has been placed as the successor of the Redmi Note 4. In is article, we will put into test if the Redmi note 5 has what it takes to make it as a great successor.

The Redmi Note 5 is the first smarphone in the company’s series that has a tall screen featuring 18:9. It is this fact what first catches your attention. It has rounded corners similarly to Google Pixeñ 2 XL and its screen covers almost all of the frontal part of the phone. This powerfull displays supports Full-HD+ with 403 pixels per inch. For protection, it possesses a 2.5 Gorilla Glass 3 layer. Its tall design performs elegant small borders on the sides and slightly bigger borders on the top and bottom.  On the top, there is a recessed earpiece grille made of metal, a selfie camera plus a LED flash that is diffused. There is nothing on the lower border.

This phone presents a metal body with plastic caps. It weighs 180g which makes it somewhat heavy but its tall design with curve sides makes it easy to hold. Its power and volume buttons are placed on the right and the tray for Dual SIM rests on the left. It also has a micro-USB port at the bottom surrounded by grilles on each side—only one of these grilles is for speakers since the other is only for show. It comes with an IR emitter placed on the top which is very useful for controlling IR appliances such as TVs.

It has a camera on the back with dual-tone LED flash and at the center is the fingerprint scanner.

This amazing smartphone also presents a primary camera with 12MP and 1.25 micron pixels with an F/2.2 aperture and PDAF. It has a tray for dual SIM which accepts either two nano SIMs or one regular SIM. It also has a slopt for one micro-SD card up to 128 GB. It comes with Bluetooth 4,2. Wi-Fi of dual bands, USB-OTG and FM Radio.

These specifications alongside its elegant and stylish design make it a great smartphone. The Redmi Note 5 will definitely make a great successor for the Redmi Note 4.