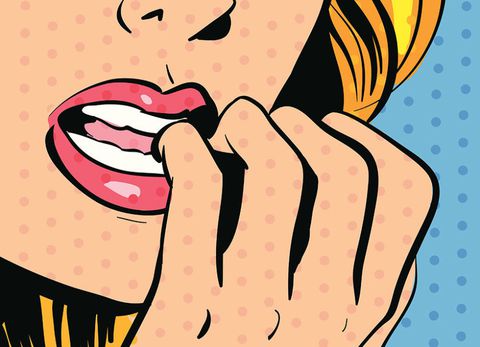 We all know someone who has a habit of biting nails. Even though our parents taught us not to bite our nails at a very tender age, some of still have managed to bring this habit into adulthood. Studies show nail biting could affect our personality or sometimes it’s an indication of what’s happening within us psychologically.  Read on to know it could mean.

Scientifically speaking, nail-biting comes under the category of body-focused repetitive behavior (BFRB). BFRB is usually more than just a habit. It is a term used to describe a group of complex disorders wherein people keep touching their body parts such as nails, hair, skin etc in a manner which could cause their body some damage.

There are various reasons that cause BFRB. One of them is anxiety. It is generally said that biting nails when anxious, could reduce the anxiety and put you at ease. Your brain could sometimes make you do this without you even being aware of it. But there is no enough proof to certain that this is helpful in any manner.

The American Psychiatric Association’s Diagnostic and Statistical Manual of Mental Disorders (DSM) has classified nail biting as an “obsessive-compulsive disorder” (OCD). OCD is a mental disorder wherein people have urges to perform some things repeated or think of certain things repeatedly. OCD is one form of anxiety disorders. Although nail biting is harmless, it could turn hazardous over the time. There is often the risk of damaging the skin around nails, increased threat of infection and could even act as a medium to transfer germs from hand to mouth.

There is a study showing a correlation between the antisocial behavior of a person and nail-biting. 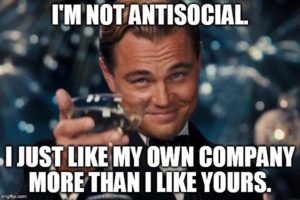 Often nail biting is considered as a sign of nervousness or shyness. Researchers say that this habit is seen in abundance among the individuals who usually avoid other people or are nervous being around others. These individuals are usually termed anti-social or asocial.

People who bite their nails are also linked with feelings of dispassionate and boredom. These again come under one of the causes of BRFB. So try and focus on things that you are passionate about and work on them. This could reduce your boredom and you can eventually end up skipping the habit.

Although the above-said things might be considered under extreme conditions, your nail biting habit could also mean just a habit. Anyway, you have to make an effort to skip it because it is an unhygienic thing to do.